The rural youth of Ireland will be disadvantaged more than their urban counterparts post-Brexit and their needs must be considered, Macra na Feirme President Sean Finan has said.

He was speaking at Department of Children and Youth Affairs dialogue on Brexit in Croke Park yesterday, January 30.

Finan said that the free movement of young people post-Brexit between Ireland and the UK is very important.

Some young people in Ireland take the opportunity to study and work in the UK to broaden their horizons but also to gain valuable experience which stand to them when they return to seek employment in Ireland.

“Brexit cannot be allowed to take those opportunities which currently exist away from young people.”

The economic consequences of Britain leaving the EU on farming and productive agriculture were acknowledged by those present as being a huge challenge.

There were discussions at the dialogue of potential employment opportunities which exist for Ireland post-Brexit. These included growth in the Irish financial services industry, legal and pharmaceutical sector.

All the opportunities spoken about have an urban focus and would not directly contribute to economic opportunity for young people living in rural Ireland, according to Macra.

Finan said that it has to be ensured that the voice of rural youth is heard in the Brexit debate and discussions.

Young people in rural areas will be disadvantaged more that their urban counterparts following Brexit due to the potential economic effect on the income of family farm unit, he said.

“This could mean that young people may have less opportunity to go to college due to financial constraints on the family farm.”

Macra na Feirme will continue to articulate and represent the interests of young rural people as the Brexit discussions roll on. 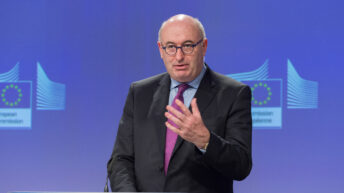 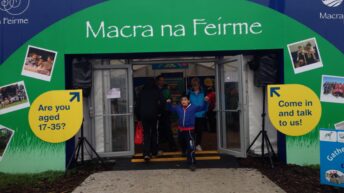