A letter from the group was handed in, for the attention of company management, demanding an increase in hogget prices and the re-establishment of a 23.5kg maximum carcase weight. 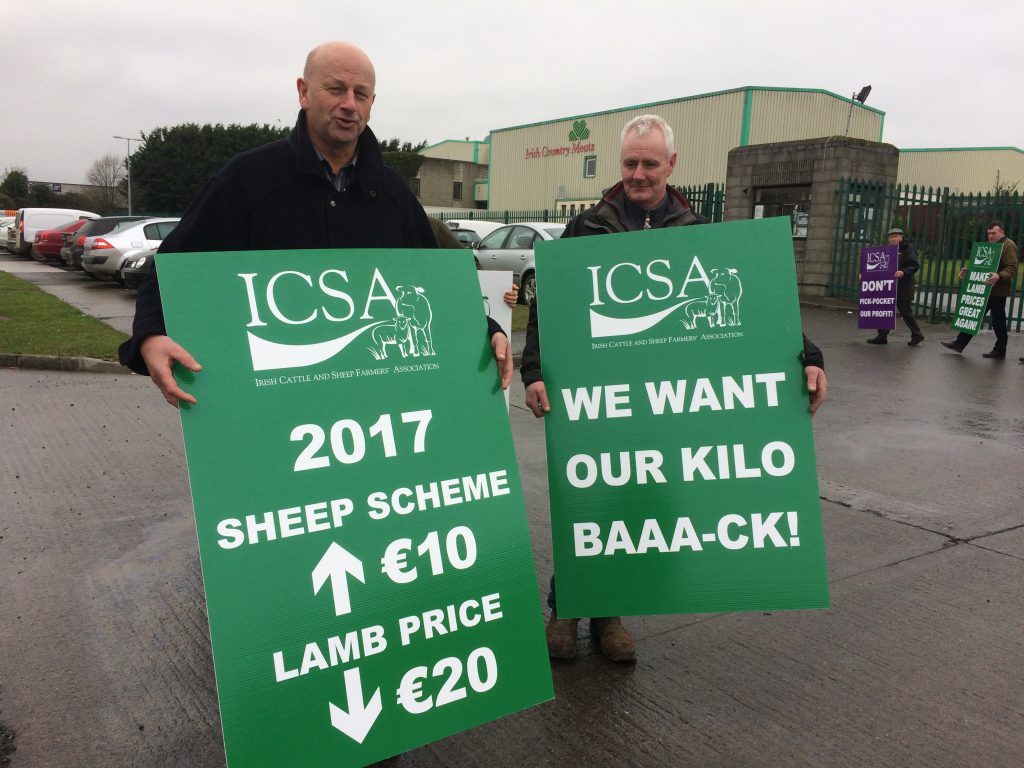 “Hogget prices are down 80c/kg on this time last year. That works out at almost €20 per animal.

“While we recognise that currency issues are having an impact on market prices at the present time, there is no justification for the plants to be pulling back prices to the extent that they have.

Punch added that the decision by the factories to reduce maximum carcass weights by 1kg was totally unjustified. 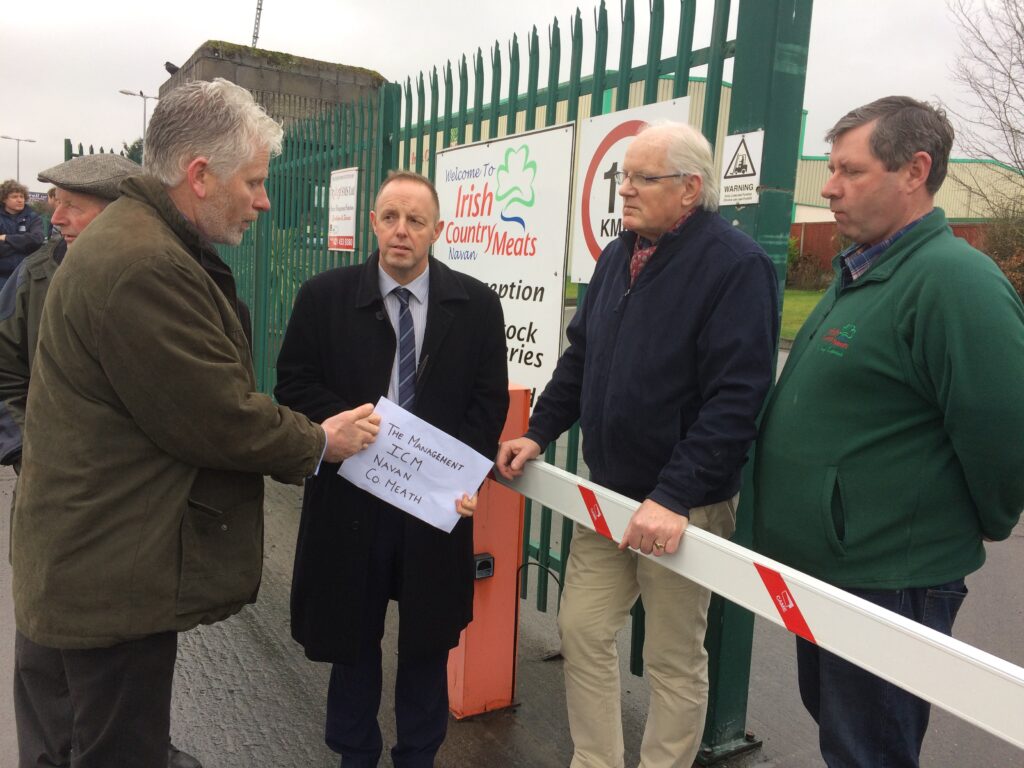 “A high proportion of the sheep meat leaving Ireland at this time of the year is destined for the French wholesale market, for which carcass weight is an irrelevant issue. And the same principle holds for the butchery trade here in Ireland.”

Farmers bringing hoggets to the market at the present time are being unjustly treated by the plants.

“A combination of price falls and a reduction in the maximum weights which the factories will pay out on is putting tremendous pressure on producer margins.

“The decision to reduce carcass weight limits is particularly hard to take at a time when farmgate prices have fallen by so much over the past months. The plants must address both these important points as a matter of priority.” 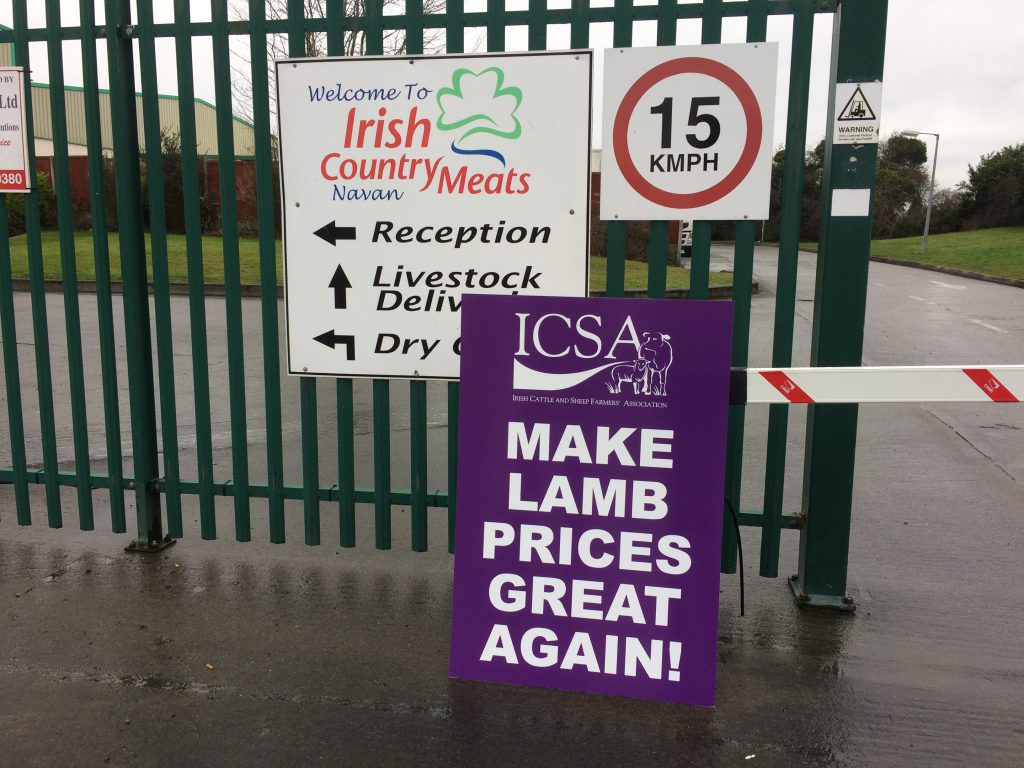 Punch confirmed that ICSA had targeted Irish Country Meats because of the leading role played by the company within the Irish sheep meat sector.

“Logistical reasons were another factor. We will await the outcome of today’s protest. However, if the plants do not budge we will continue with further protests.”

The management of Irish Country Meats were asked to comment on today’s protest. At time of publishing, they had not replied.