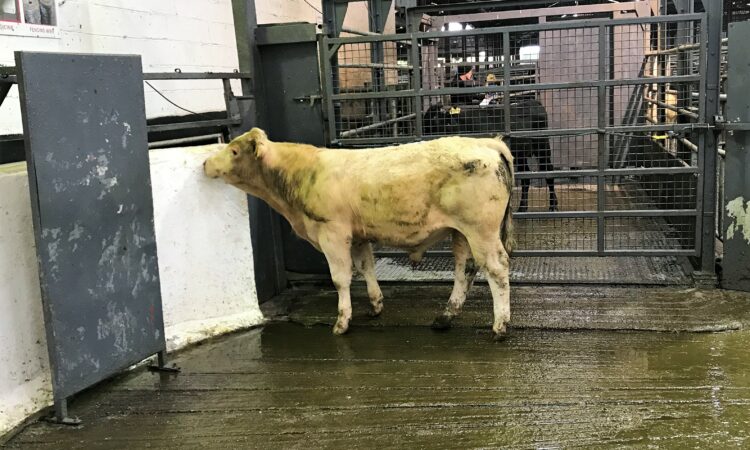 150 weanling bulls went under the hammer and a 98% clearance rate was achieved; only four animals went unsold.

Bulls sold for €1.75-3.35/kg. The plainer stock – particularly of dairy origin – proved to be a more difficult trade and realised the lower prices.

144 heifers were on offer on the night and these lots traded for €1.60-2.84/kg. Again, dairy-influenced, plainer cattle were a more difficult trade. A 77% clearance rate was achieved in this ring.

A number of pedigree Limousin cows with Angus calves at foot were also on offer. The best of these was a 2013-born cow with a bull calf at foot. She sold for €1,880.

Furthermore, an Angus cow with a Limousin bull calf at foot made €2,400.

The trade was reported to be brisk for all types of stock at Carnaross Mart on Monday last. On the day, some 900 animals went under the hammer at the Meath-based venue – a slightly smaller entry of cattle on the previous week’s sale.

Good-quality continental stock dominated the sale; however, plainer stock – particularly of dairy origin – proved to be a more difficult trade.

Moving to heifers, a “great” trade was reported and a 95% clearance rate was achieved.

80 dry cows were on offer and 100% clearance rate was achieved in this ring.

This week, in the calf ring, numbers were back slightly. However, they are still higher than the corresponding period in 2017.

Friesian calves – suitable for export – traded at €90-190/head, while farmers were willing to pay up to €210/head to secure Friesian bulls.

Angus and Hereford bulls sold to a top price of €360/head; Angus heifers made a top call of €365/head. 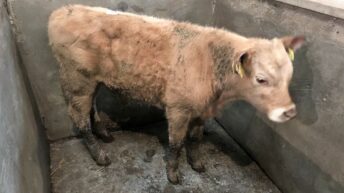