Pics and prices: Small sale of sheep sees a strong trade all round at Loughrea mart

The good weather saw a smaller sale of sheep at Loughrea Mart on Thursday, July 2.

On the day, there were roughly 140 sheep on offer. The majority of the sheep that were presented for sale consisted mainly of factory and butcher-type lambs.

There were a couple of pens of forward-type lambs around the 39-41kg mark. The mart manager, Jimmy Cooney, noted that the good spell of weather had an effect on the entry of sheep on the day.

There were no store lambs or cast ewes on offer. Jimmy added that farmers were keen to take advantage of the good weather and get a few jobs done around the farm, such as gathering second-cut silage.

He said: “Farmers around here haven’t had the chance to make second-cut silage lately due to the poor weather.

In terms of the trade, Jimmy added that the trade was a small bit stronger in comparison to the previous week. 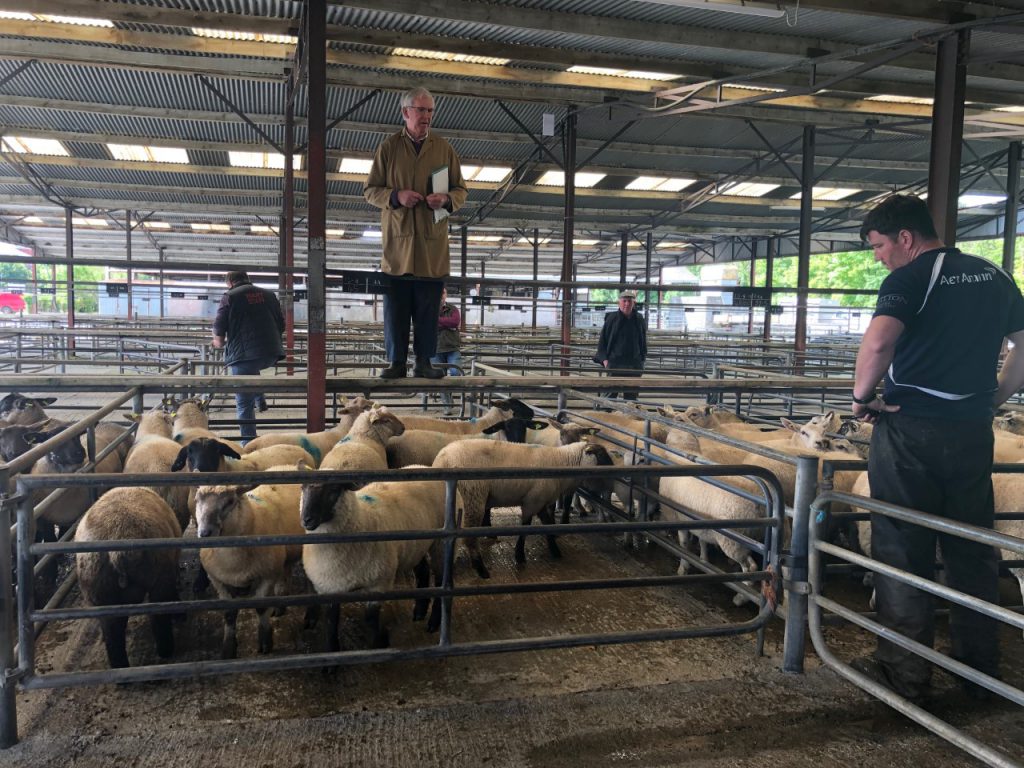 The top price on the day went to two pens of lambs weighing 53kg that sold for €125/head.

In general, factory-type sheep made from €98/head up to €110/head, while butcher-type lambs, in general, sold from €110 up to €115/head, with a couple of lots exceeding this price range.

The two lightest pens of lambs on the day weighed 37kg and 39kg respectively. These lots made €92/head and €98/head respectively. 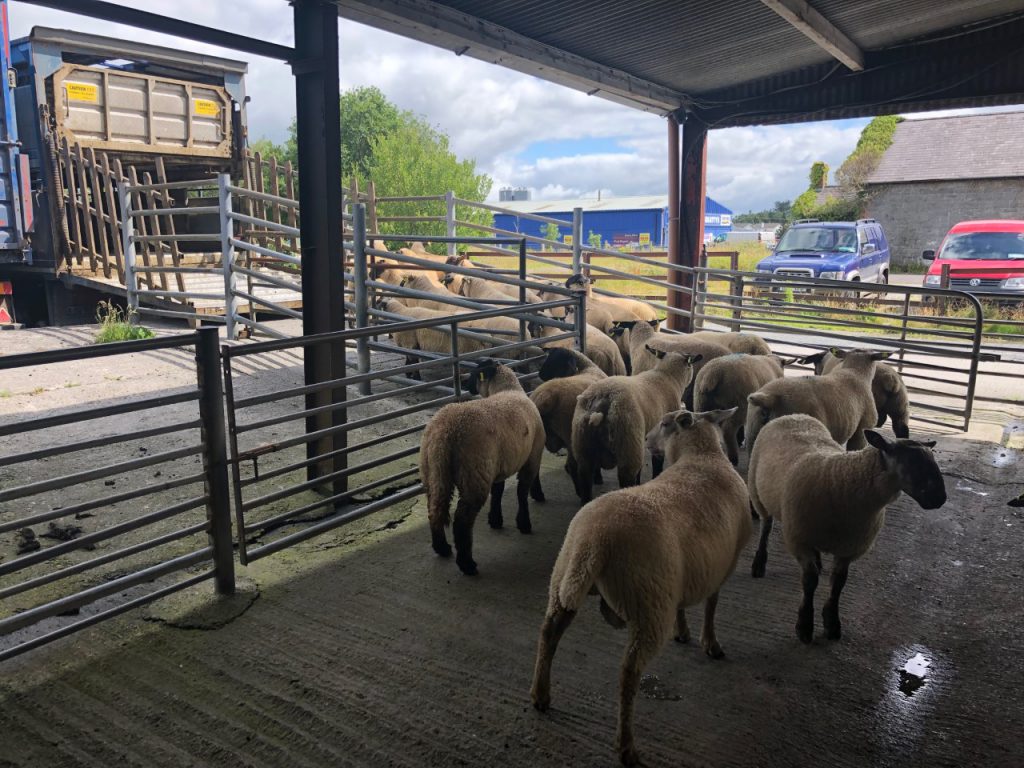 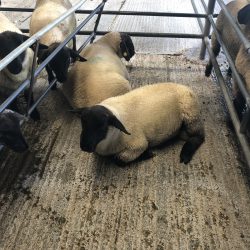 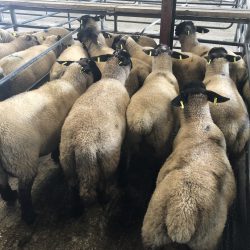 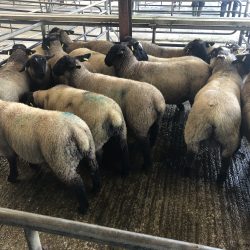 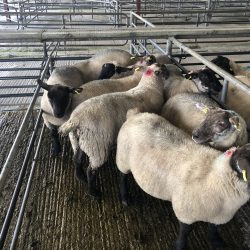 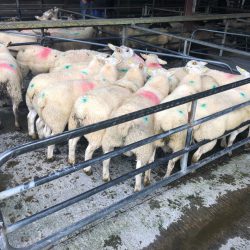 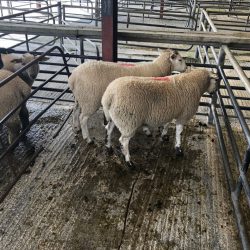 This lot of two lambs weighing 50kg sold for €110/head

Although there weren’t any light store lambs on offer on the day, Jimmy said that the week before there was a good entry of stores that were met with a strong trade.

He said: “The store lambs that have come on the scene so far this year have been a very good trade. Light lambs have been making good money.

“It’s mainly farmers who are after these types. Like I said, only for the good weather, we would have had cast ewes and store lambs on offer.

“Over the next few weeks, we will be seeing a lot more stores coming on stream, as well as breeding sheep.” 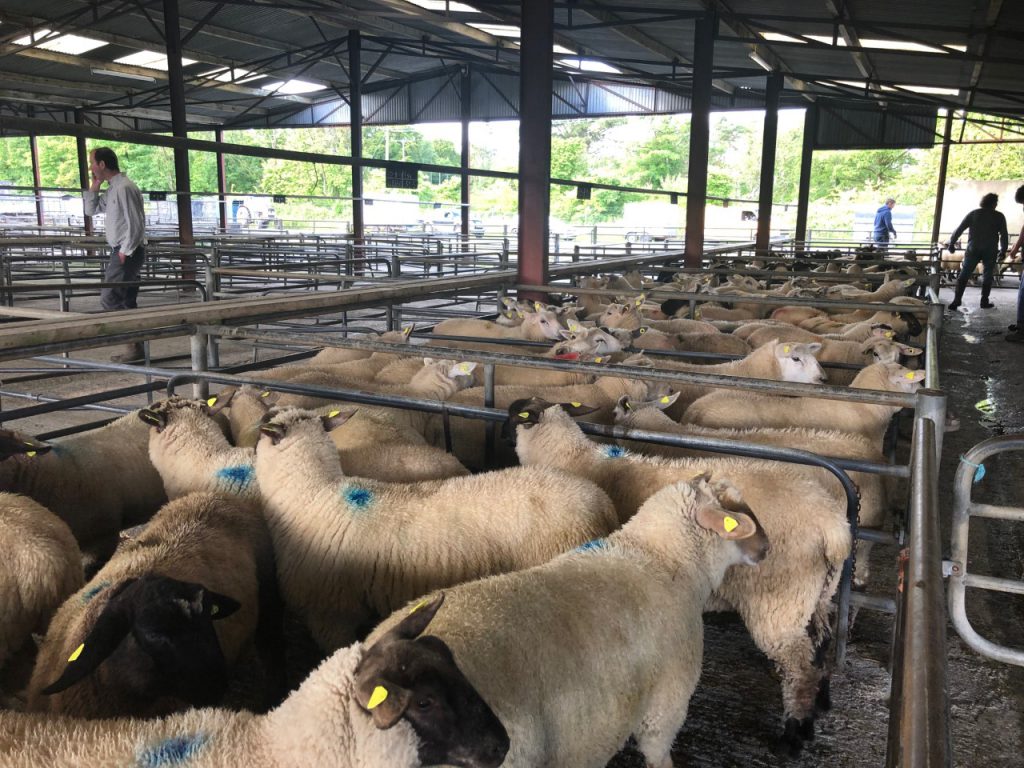