Pics: A look back at FTMTA Farm Machinery Shows from the 1990s 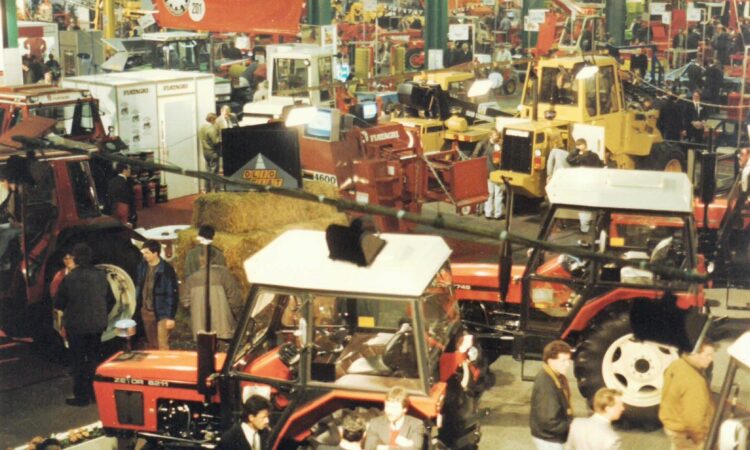 With the Farm Tractor & Machinery Trade Association (FTMTA) Farm Machinery Show fast approaching (next week – February 7, 8 and 9), we’ve decided to take a timely and nostalgic look back at instalments from the past.

The first such event took place in the RDS (Dublin) in February of 1989. In the intervening period the show has been held on a biennial basis.

First up is our main/featured image. This shot (above) is from 1991.

It’s very much of its time; it harks back to when Zetor was a formidable force in the Irish tractor market. Front and centre is a 6211 (circa 61hp) – built in Brno in what is now the Czech Republic.

Tractors like the 6211 were volume sellers in Ireland back then.

Also note the Fiatagri stand; we can just see the rear-end of two noteworthy tractors – a 90 Series and a later F (Winner) Series model. The F (Winner) Series was very new to the market when this picture was taken, having only been launched in 1990.

Elsewhere, there’s a period-appropriate Deutz-Fahr AgroStar (long before the arrival of the Agrotron in 1995) and a nostalgia-inducing CAT (Caterpillar) loading shovel.

That was back in the days when significant numbers of CAT loaders scaled Irish silage pits (along with the likes of machines from Clark Michigan, O&K and, of course, Volvo BM).

It’s particularly notable for the inclusion of Sanderson – a brand-name that has long since disappeared from view. Note also the well-known Kongskilde Vibro Flex.

Interestingly, Kongskilde is now part of the CNH empire; its machines are now starting to appear in New Holland’s livery.

Older readers will remember that Bagenalstown-based Tanco had a distinctive blue colour scheme back then. It later adopted a yellow/tanned livery. Tanco was a particularly well-known brand in the front loader market in those days.

On Lyons & Burton’s stand was an unmistakable Isuzu Trooper – arguably the ‘must-have’ 4WD for aspiring Irish farmers of the time.

This next shot (below) is also from 1999. Though somewhat grainy, it may prompt happy memories of bygone days for some readers.

The show re-located to the Punchestown venue (near Naas, Co. Kildare) in 2003.

Stay tuned to AgriLand for a brief follow-up piece – another trip down memory lane (in which we ponder pictures from the shows of the 2000s). 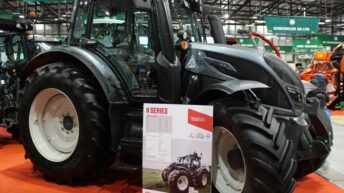