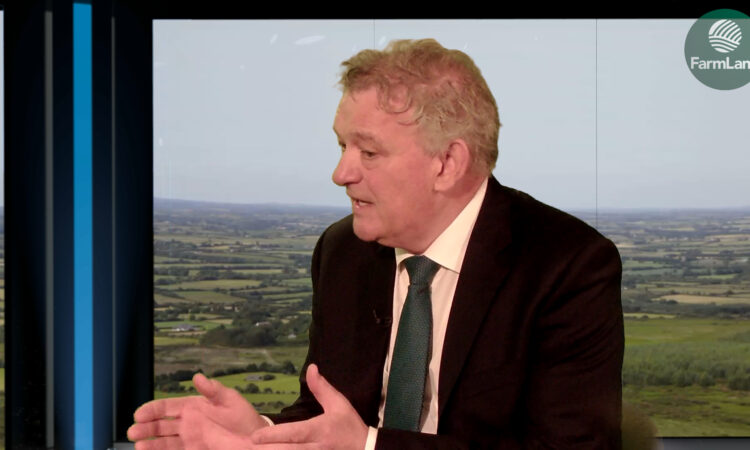 Peter Casey, the outspoken and divisive businessman who shook up last month’s presidential election campaign 2018, says he has “no regrets” about the controversy that surrounded him during the battle for Aras an Uachtarain.

The Derry native, who lives in Co. Donegal, finished the race in second position to the incumbent President of Ireland, Michael D Higgins, after receiving 23.3% (342,727) of first-preference votes.

In the days leading up to the opening of polling stations, the former Dragon’s Den panelist made a number of disputed remarks regarding the travelling community which caused wide-spread consternation, leading him to momentarily suspend his canvassing.

However, speaking tonight on FarmLand, Casey stated that he has no sense of guilt or remorse over the choice of words he originally uttered during an interview on political podcast show The Floating Voter.

When asked why he thinks one in five voters gave him first–preference support, he said: “I think the real reason was I actually spoke from the heart.

“There is not a great filter and I said things as I saw them. I said what people were thinking in a lot of cases, but people were not saying it.

I’ve no regrets whatsoever; I didn’t say anything wrong.

“All I did was I identified a problem that needed to be solved and talked about; I then made it very clear that I was not a racist, I don’t see the travelling community as a different race.”

Reflecting on the scenario, Casey said the comments came about when he was asked to go down to Tipperary – one of the four county councils that had endorsed the candidate, along with Kerry, Clare and Limerick.

“I went down and I asked them ‘why is there a housing crisis because there are 3,500 vacant homes around Ireland?’

“They said: ‘Because people are turning down homes. They are being given an opportunity to turn it down up to three times’.

“I said: ‘You’re kidding me’. And they told me that ‘there was six houses that had been built for the travelling community and they were sitting there empty and they cost €1.7 million to build’.

“I asked: ‘Why are they not moving in?’ And they said: ‘They want an acre of land each and two stables’. I said: ‘You’re kidding’. So you have to put things into perspective.

I was completely unaware of the atmosphere that I created – it took me by complete surprise.

In the subsequent hours and days, Casey’s debatable remarks about the ethnic group went on to be denounced by a number of senior political figures and civil society representatives including An Taoiseach, Leo Varadkar.

However, it appears that the much-publicised debacle has not phased Casey, who also owns a farm in Co. Derry.

Speaking on tonight’s show he also outlined his strong ambitions to run as a candidate in the next General Election and that he intends to make rural issues central to his potential campaign agenda. 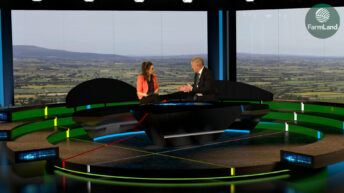