‘Perfect’ ins and outs: Does Kuhn have a ‘high-tech’ answer? 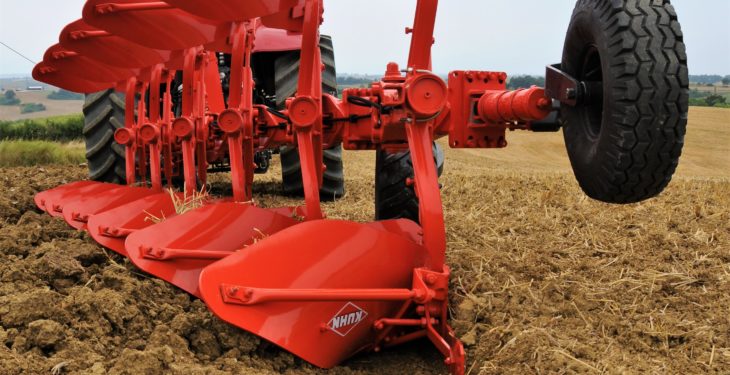 The number of furrows, and indeed the working width, of ploughs has increased steadily over the decades.

However, reasons Kuhn, the use of ploughs with more bodies (especially fully-mounted units) invariably results in untidy ‘Z-shaped’ patterns at the headland – left when the plough is lowered and raised coming in and out of work each time. This makes it difficult to plough the headland “neatly”.

This, says Kuhn, can result in crop residues and volunteers not being properly incorporated.

To remedy this, Kuhn has developed a prototype ‘section control‘ facility, whereby an electro-hydraulic system uses the (hydraulic) auto-reset mechanisms to control each individual body – based on GPS positioning data.

The system raises and lowers each body automatically – at just the right time. This, claims Kuhn, leads to “an absolutely straight furrow edge” instead of a jagged ‘Z’.

The company says that the resulting straight edge is a boon for subsequent work, such as ploughing of the remaining headland or, indeed, drilling. It’s also said to be “an enormous plus” for field hygiene.

Kuhn’s automated, individual furrow lift and drop system has been recognised by the DLG (the German Agricultural Society). It has already been given a ‘Silver Medal‘ innovation award, in advance of this year’s Agritechnica machinery show in Germany.

In other Kuhn news, the company recorded a strong increase in order intake during the first half of 2017; orders were up 6% to €523 million.

According to the company, which manufactures a broad range of agricultural machinery, the mood in farming circles across western Europe has been more confident in the first six months of this year than previously. This, says the firm, is due to rising milk prices and more stable meat prices.

The company expects a continued recovery in the livestock and dairy segments in the second six months of the year. It does concede, however, that the market for arable equipment is less assured – due to uncertain grain prices. 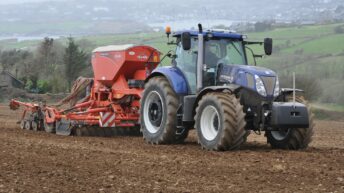 How is Kuhn faring…and where did it come from?