Over 1,600 calves test positive for BVD in Northern Ireland since March 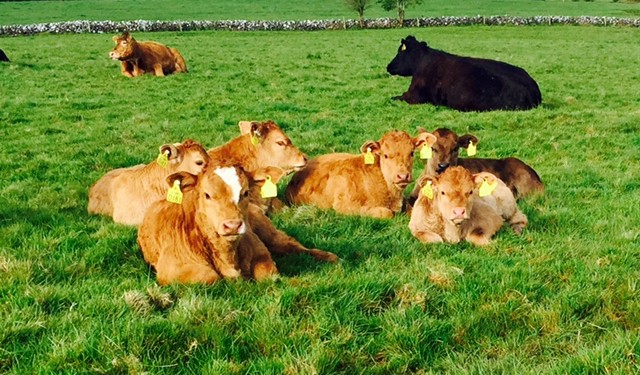 Since the BVD eradication programme became compulsory in March 1,677 calves have tested positive for BVD in Northern Ireland, according to Animal Health and Welfare Northern Ireland (AHWNI).

The BVD eradication scheme in Northern Ireland has seen over 250,000 animals tested for BVD since March 2016, which means 0.68% of all the animals tested returned a positive result.

The BVD Eradication programme in Northern Ireland began on January 1, 2013 on a voluntary basis.

Over 16,647 breeding herds have now joined the programme, with more than 11,000 joining since March. The tag and test regime is now in its fifth month of operation.

As a result of the scheme, over 684,412 animals have had their BVD status directly assigned since January 2013.

There have been 1,677 calves identified as being BVD positive since compulsory testing began, with a further 2,000 calves testing positive since the scheme began in 2013.

The Ulster Farmers’ Union Animal Health and Welfare committee recently met with AHWNI implementation group to discuss current progress of the scheme during its first quarter and to raise issues experienced by some farmers with the scheme to date.

At the meeting, the UFU raised members’ concerns over the length of time some results are taking to come back to farmers.

In response, AHWNI informed the committee that at this stage over 95% of results (204,962 results since March) have been returned to the farmer within seven days of receipt by the lab.

However, 5% taking more than seven days to return, still means almost 11,000 results took more than a week to get back to the farmer. However, AHWNI assured the UFU that they are working hard to reduce this delay.

Results of BVD eradication programme in the Republic of Ireland

The meeting also offered an opportunity for AHWNI to present results of the BVD eradication programme in the Republic of Ireland since 2013.