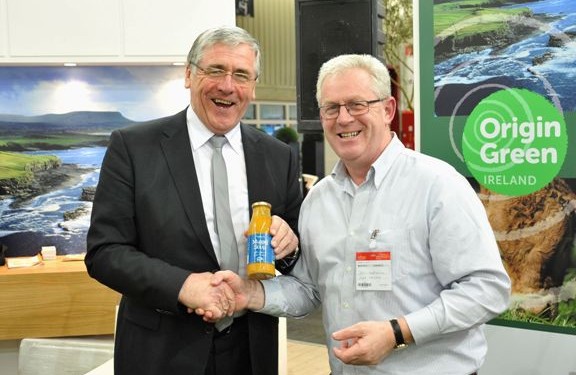 Global figures for organic market performance demonstrated growth in 2012 and 2013 across Europe and North America. US, Germany, France and Canada represent the top four markets for organic by retail sales value.

This is according to information presented at Europe’s largest organic trade fair in Biofach in Nuremberg Germany. “The combined value of the EU and North American organic food markets is just over €50bn,” noted Eileen Bentley of Bord Bia.

“In Europe, the top five countries by organic retail sales in 2012 were Germany, France, UK, Italy and Switzerland. However in terms of per capita consumption of organic food and drink, the top five are Switzerland, Denmark, Luxembourg, Liechtenstein and Austria.”

In Canada, the data shows the value of the organic market has tripled since 2005, with the organic food market valued at US$3bn, representing annual growth of sales of nine to 10 per cent per annum.

Bentley noted: “The US’s average annual growth rate for organic is similar in a market valued at US$32.5bn and where 81 per cent of US families claim to have ever bought organic.”

Eight Irish organic companies participated on the Ireland stand at Biofach this week where they showcased their products to a global audience.

Speaking at the opening in Berlin, Minister of State at the Department of Agriculture, Tom Hayes, highlighted the opportunities that exist for Irish organic produce both at home and abroad.

“There are undoubtedly opportunities for indigenous Irish companies to make inroads into these export markets and the Irish participation at Biofach is an important step in that direction,” he said.

Minister Hayes also paid tribute to Bord Bia “who have once again done a wonderful job in organising the Irish food industry’s participation at this very important event.

“I am convinced that with all the stakeholders of the industry working together, we can realise the potential that clearly exists for the Irish organic sector.”

Pictured: John Harrington of Kush Shelfish, Kenmare, Kerry at the World Organic Trade Fair in Germany with Tom Hayes, Minister of State at the Department of Agriculture, Food and the Marine.