Get the record straight on milk 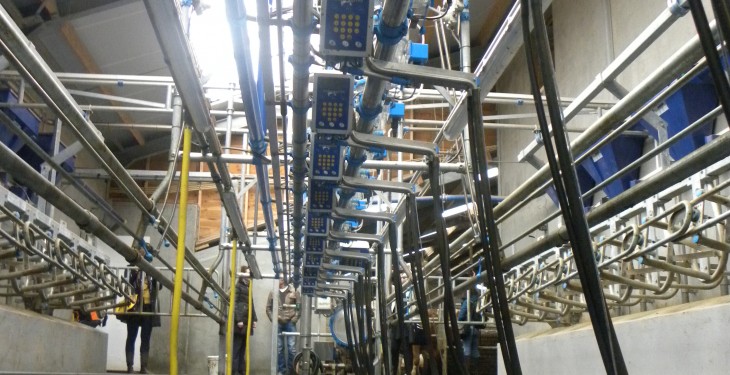 “It is easy to identify that you have a cell count problem in your herd, however it is much more difficult to identify individual sub-clinical mastitis cases.” This according to Joe Griffith of Progressive Genetics who was speaking at a number of recent dairy farmer meeting in the Connacht area.

He noted in terms of SCC milk recording can be used as a preventive tool involving constant monitoring of the herd.

“Farmers can identify and isolate cows with subclinical mastitis infection. These ‘subclinical’ cases are the real-problem cows and it is important farmers take action before it becomes a problem.”

He commented: “Milk recording is only as good as the farmer’s action on the information.” He said there are other key benefits to the system including: “Quickly identify cows that are the most profitable. Know the butterfat per cent and protein per cent for each cow. Know what cows to breed from. Improve the reliability of your EBI among more. Farmers often focus too much on averages on the farm, milk recording is a key way of identifying your best performing individual cows.”

Griffith noted it can be a key breeding tool for dairy farmers. He said: “Identifying the best cows and using the best bull will lead to higher performing offspring.”

In terms of expansion, he advised: “Lads don’t need to increase cow numbers to increase milk production. Milk recording could be hugely beneficial on many farms.”

At the moment Griffith pointed out approximately 40 per cent of dairy farmers are milk recording. “We are lagging behind other countries as far as milk recording goes.”

He added: “The system is very easy to use. We will help with training and sort out any problems that farmers might encounter.”

Griffith outlined expansion, although seen by many as a Leinster and Munster phenomenon, it is being seen in the West as well. He noted: “There was never really an issue with quota in the region. But there are a lot of new entrants coming into the sector. Aurivo has seen in the region of 25 new entrants in recent years. There is scope for dairy production in Connacht especially in Roscommon.”