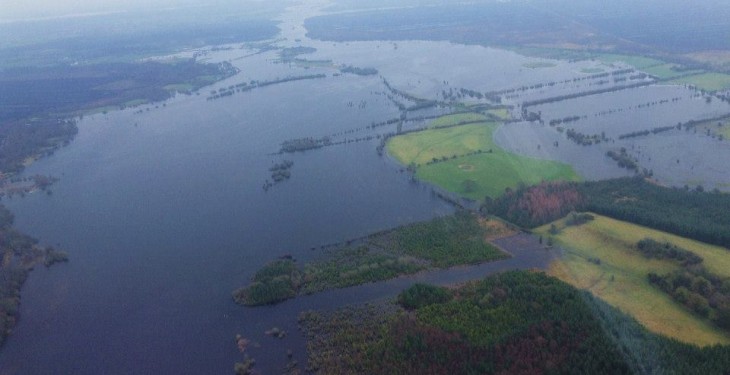 The Department of Agriculture fully recognises the difficulties and the hardship being experienced by farmers as a result of land, which is very wet and slurry tanks that are full or nearly full.

This is according to Kevin Smyth, assistant secretary at the Department of Agriculture, who was speaking at the Oireachtas Joint Committee on Agriculture, Food and Marine this morning.

The official briefed the committee on the implications for farmland impacted by flooding on their area aid applications under the single farm payment and other schemes.

“In relation to inspections in particular, the department will take a commonsense approach and farmers need not be worried or concerned on this front,” Smyth stressed.

“For example, where there has been severe storm damage including damage to fences and grazing or large deposits of stone or debris farmers will not be penalised under the direct payments schemes.”

The Department of Agriculture has acknowledged that while the majority of livestock are still housed across many farms and the supply of fodder is not an issue, there may be cases where farmers are faced with slurry tanks that are almost full and ground conditions not suitable for spreading.

“Agriculture Minister Simon Coveney said there are ways of addressing this and he advised farmers to seek advice from Teagasc,” Smyth said.

According to the department official, to say that rainfall was above average everywhere for January would be a “massive understatement”.

He outlined the data:

He stressed this weather was unprecedented and noted it does not include the February rainfall figures.

“As a result of this rainfall, most lowland areas are experiencing some areas of flooding. However with the majority of cattle housed at present, difficulties are localised to areas adjacent to rivers where flooding is above that normally experienced.”

He said there have been individual reports of storm damage to coastal lands and loss of fodder on a small number of farms, but that there are no indications of pressure on fodder at the moment.

“Quality of fodder conserved is generally excellent on farms and subject to a normal spring turnout, overall quantity should be sufficient,” he added.

According to the official, a small area of winter cereals are flooded but are not suffering any ill effects yet.

“Crops were well-established last autumn and would have to be flooded for nearly two weeks before major harm would be caused. No spring planting has taken place yet,” Smyth said.

With regard to the major issue concerning this committee regarding the affects of the weather on farming and possible penalties, the department official again stressed the staff will adopt a commonsense approach and be mindful of the recent weather.

“By way of example, a similar approach was taken when dealing with a proliferation of rushes due the wet summer in 2012.  In addition, as I have stated storm damage such as loss of fences and boundaries, large deposits of stones and damage to grazing will be dealt with as force majeure cases and farmers will not lose their entitlement to payment or be penalised in such cases under the various direct payment schemes.”

He added: “Let me reassure the committee on one important point – no farmer will penalised in their direct payments for any temporary difficulties that they experienced during the current spell of unprecedented stormy weather…no farmer will lose on their payments or be penalised for eligible land temporarily rendered ineligible.”