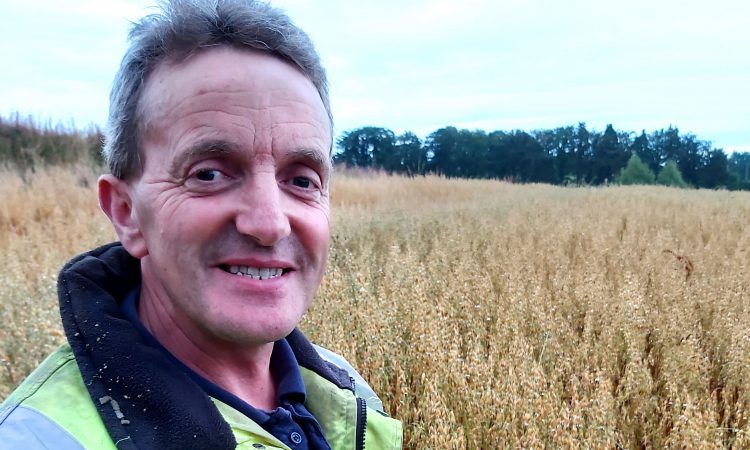 The organic arable sector in Ireland has much more scope than is currently being explored. That’s the perspective of north Cork farmer Thomas Fouhy, the January Farming for Nature ambassador.

“The positive side of Covid-19 has been that people are thinking about what they are eating and want to see where their food originates. They are also enjoying nature,” Thomas said.

When he converted his 84ac stockless tillage farm to organic nine years ago, he did so in a bid to make some money as well as to start an on-farm business.

“I wasn’t making any money out of conventional tillage and I always had an interest in organics,” said the Blackwater valley farmer who practices minimum tillage and focuses on niche high value crops.

This year Thomas who supplies oats to Flahavans and linseed to Adora Flax Seed, hopes to start selling linseed and pulses such as beans, lentils and chickpeas from the farm. He crops on a 10-year flexible rotation that includes grain-lupins, linseed and sunflowers.

Thomas, who works part time in construction, trialled 15 different types of wheat including Emmer and Einkorn to see what best suited his location and his land. He grows rye and triticale – a hybrid of wheat and rye which, he said, provides good feeding for young cattle. Lupins are sold for protein in animal feed.

“My bread and butter crops are the oats to Flahavans, spring wheat and lupins. Having all your eggs in one basket is not a good idea,” said Thomas, who advises farmers to broaden their scope.

His positivity extends to Brexit which, he contended, will see many people substitute imported produce with local food.

Farming for Nature highlighted that he demonstrates the breath of largely unexplored crops that can be produced in Ireland and the potential to produce our own protein crops, reducing our reliance on imported soy.

The soil on his farm is never bare for long, with crops under-sown with red clover and diverse winter cover-crop mixes filling the gaps between the cash crops.

Many of the cash-crops and the cover-crops are flowering, providing an abundance of seasonal diversity for pollinators. “Sunflowers are fabulous for biodiversity and they brought great joy to so many people during lockdown when they were delivered to their doors,” said Thomas.

“I farm the soil biologically. The swallows will stay with me 10 days later than anyone else because there are more insects on the farm. I trim the hedgerows every other year,” he said.

“It would be fantastic if the department, when looking at future measures for biodiversity improvements, consulted with farmers who are already practising a range of initiatives in this country to see what is working on farms. Many actions are needed to make up the jigsaw.

“I would like to see more funding put aside towards farm-led trialling along the lines of that done by the Innovative Farmers in the UK,” said Thomas, who does some advisory work in the UK on lupins.

Converting to organic does not take a lot of work, according to Thomas. “The biggest investment is education, upskilling yourself in how the soil works,” said the north Cork man, who did a diploma in speciality artisan food production in University College Cork (UCC) and a master’s degree in organic agriculture in Aberdeen.

He advises farmers to diversify in their cropping scope and to opt for multiple streams of income. He pointed out that cosmetic industries are using organic sourced oils and while this is a specialised area, it could be an option for those willing to think outside the box.

“My plans for the year ahead are to build on what I’m doing and to hopefully hold more farm walks.” 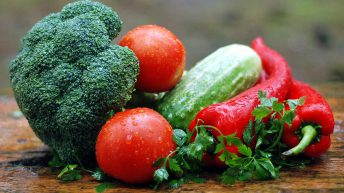