Opening farm shop ‘best thing I ever did’ 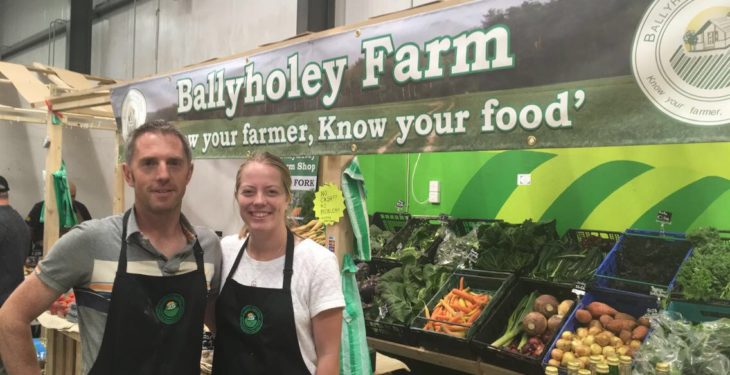 When John Graham from Raphoe opened a farm shop in December 2014, it didn’t just benefit him financially but also psychologically. “When I was supplying only wholesalers, all I got was negative feedback about pricing or the size or appearance of the vegetables,” he said.

“After opening the farm shop and taking a stand at an artisan market, the difference was unbelievable. People appreciated the fact that the produce they were buying came out of the ground early that morning.”

John took over the farm from his father, William, who took early retirement in 2002 but still helps out. “My father ran it as a very mixed farm, with vegetables, potatoes and cattle. I expanded the vegetable side of things, selling mostly to wholesalers and people who were selling door-to-door and on the side of the road,” he said.

“It was going well until the downturn hit in 2008. I was being squeezed on price and couldn’t produce the stuff cheaply enough. Bad weather made things worse,” John said. “As demand decreased, I blamed the supermarket discounting but then I realised that a lot of younger people are not eating vegetables. Households are busy, with both parents working, and people are under pressure. They don’t have time to prepare vegetables.”

On trips to the US, he had noticed the popularity of farm shops, particularly among the Amish community in Philadelphia.

“I had seen farm shops in this country too, and knew that some of them had failed. However, we grow a wide range of vegetables including: rainbow carrots; Romanesque cauliflower; purple peas; kohlrabi and purple sprouting broccoli, and I thought it could work.” 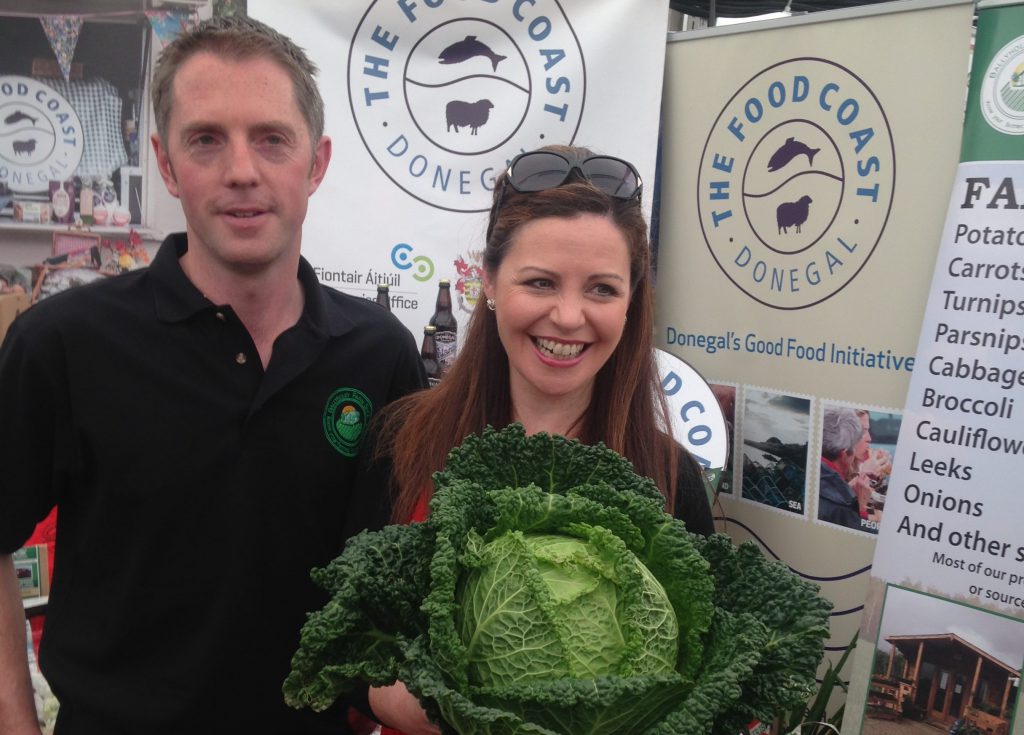 A small log cabin was secured and Ballyholey Farm Shop opened its doors for the busy Christmas market. “We are lucky to be on a busy main road between Letterkenny and Lifford, and through signage and social media, which my wife Tracey McBride – who is principal in St. Safan’s NS, Drumdoit, Castlefinn – helps out with, the word got out,” John said.

“While some of my existing customers thought I was crazy to open a farm shop, I got very encouraging feedback from new customers, some of whom only lived 10 minutes down the road, but didn’t realise that I was growing vegetables. People were impressed with the range and taste of the vegetables.”

John who was a runner up in the ‘Rising Star Young Farmer of the Year Awards’ this year, also sells vegetables at an artisan food market in Letterkenny on Saturdays. The response there has also been enthusiastic, he said. “At the farm shop, my customers are mainly country folk. At the market, there’s a lot of young people. I sell more washed vegetables and unusual produce there.”

Customers love the interaction with the grower, according to John.

Interaction is a big thing. We also put videos up on Facebook, and people like to hear that I have been out in the fields at 6:00am. Customers have told me that the difference between my produce and the supermarket stuff is like the difference between night and day. They have said that my vegetables last longer and taste better.

The farm shop opens on Tuesdays, Fridays and Saturdays. “We noticed that some people were coming in on the days we close, and leaving without anything. So I introduced another popular idea in the US, an honesty box, which works really well.”

John has cut back on the potato side of the business. “Potatoes are going out of fashion. People are definitely eating less of them,” he said.

However, he continues to keep cattle, buying a mixture of Friesian bulls and Angus from his cousin, and bucket rearing them.

“There is good rotation on the farm. We always have fresh ground for vegetables and reseed 10ac every year, so there is good-quality grass for the cattle,” said John who was a recent guest speaker at a North West Women in Farming meeting.

The vegetable enterprise continues to thrive, he said. “It’s a lot of work but it’s going in the right direction. I still supply some wholesalers, but the plan is to extend the farm shop and get more customers into it.” 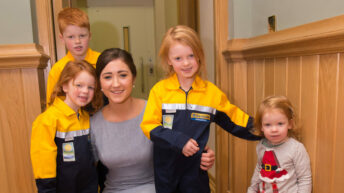