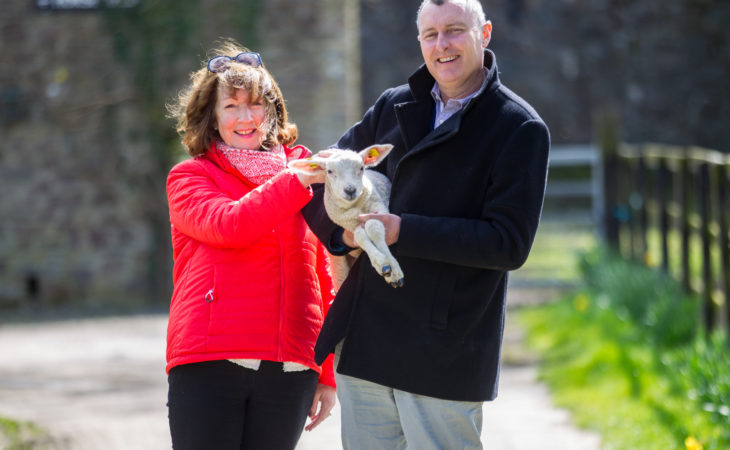 “You wouldn’t know there are a million people between here and the mountains,” said Padraic McMahon of Fieldstown Farm, Kilsallaghan, in north Co. Dublin.

Padraig will showcase life on his land as part of Agri Aware’s national open farm day on Monday, May 7, in a bid to foster links between rural and urban dwellers.

Well used to having UCD and Clontarf students visit the farm, Padraic is a member of Fingal Farmers’ Group which is involved in organising the annual Flavours of Fingal show. A purchasing group, part of its remit is to also create a connection between rural and urban dwellers.

Padraic and his wife Brid farm 60ha of grassland and also sharefarm a tillage enterprise. Sheep farming is their main activity – they keep approximately 500 ewes – but they also have 30 Angus yearlings and 30 Angus calves. They also rear a couple of hundred free range turkeys.

“In general, there is a very healthy interest in farming and animals among urban dwellers,” said Padraic.

Most people are extremely positive towards farming and, when we were lambing during the recent blizzard, we had five or six phone calls from people offering help.

Fieldstown Farm sits right on the border between north Co. Dublin and Meath, with the Broadmeadow and Whitestown rivers running through its fields. It has been in the same family for over 400 years, on Padraic’s mother’s side. He grew up on the farm and took it over as the eldest son, with his mother still living in the house where he was brought up.

Brid is from a farming family in Co. Galway. The couple have one son, Lorcan, aged 15, who helps out on the farm at weekends and school holidays. The McMahons also hire part-time workers during busy periods.

Some of the food produced on the farm is sold directly to consumers, both online and on-site. Although the McMahons have issues with ‘lampers’ and rubbish dumping, they are not specific to farms close to urban areas, Padraic said. “You can get them anywhere.”

However, the family has to deal with higher traffic volumes – especially lorries – than most other farmers.

Overall, their experience is positive and they want to share it with those who are unaware that farming goes on in Dublin.

“It is an ongoing education issue but when people learn about the farming that takes place not far from O’Connell Street, they are very positive,” said Padraic. 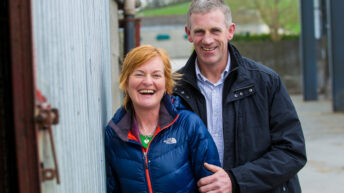