Only 23% of beef calves are born to an AI sire

In Ireland, only about 23% of calves in beef herds are bred by artificial insemination (AI), that’s according to Teagasc’s Mervyn Parr.

Parr was speaking at the recent Teagasc National Beef Conference in Athlone. He said such low usage of this well tested and effective technology most likely reflects the difficulty and labour requirements for heat detection and assembly of cows for insemination.

He also said that it also reflects the effects of land fragmentation on beef farms.

“It’s a worrying statistic for the suckler herd,” Parr said.

Despite this, he said it is well acknowledged that AI allows access to genetically proven sires for terminal, maternal and ease of calving traits, thereby facilitating greater genetic progress and ease of management.

Additionally, he highlighted that semen used in AI is consistently monitored for fertility and is generally of very high quality. 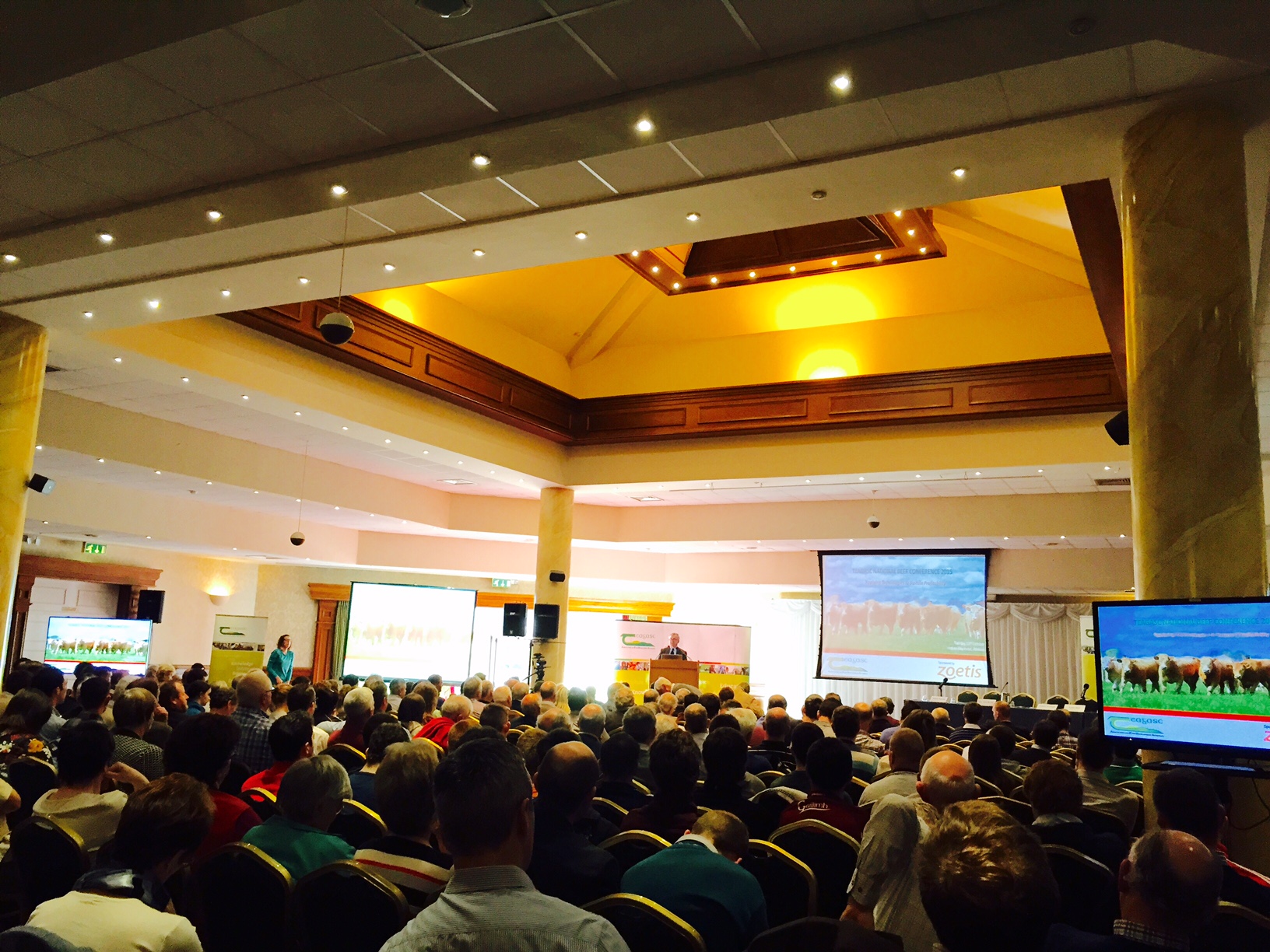 “It is collected from bulls tested clear of transmissible diseases.

“With natural service bulls, although the reported incidence of sterility is generally low (<4%), subfertility, at a consistent level of 20-25%, is a much more common issue.

Furthermore, Parr noted that the use of AI avoids the necessity to maintain a bull(s) on the farm, which is always a potential hazard.

He highlighted data from the Central Statistics Office which shows that there were 26 fatalities on Irish farms (13% of total farm fatalities) due to livestock between 2005 and 2014, of which seven people died as a result of being attacked by a bull.

According to Parr, unlike dairy farmers, many beef farmers have no defined policy for producing quality female replacements, with the result that many beef cow herds have become almost pure-bred with a consequent loss of hybrid vigour.

“The importance of quality replacement heifers in beef herds is becoming increasingly recognised. There is a role for sexed semen in this area.

“One of the primary objectives of the recently introduced Beef Data Genomics Programme (BDGP) is to improve the genetic merit of the national beef herd, particularly for maternal traits.

“It is envisaged that AI will be increasingly used to produce higher genetic merit (4 and 5 star) female replacements,” he said.