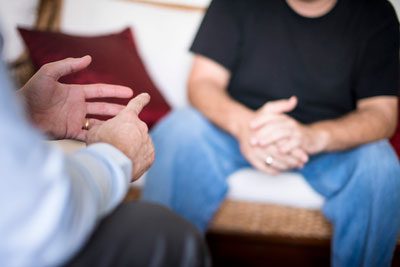 Online gambling addiction; women being bullied in the workplace by younger women; and rural isolation are part of the cruel reality being faced by many availing of the counselling services of Northwest Stop, according to its chairman Tom O’Reilly.

The Blacklion, Co. Cavan, suckler and sheep farmer – who is well known in GAA circles – warned that while the 24-hour service doesn’t turn anyone away, it can no longer survive on voluntary funding alone.

The community voluntary body works from its office upstairs at the Beepark Resource Centre in Manorhamilton to prevent suicide and mental health problems by informing, educating and promoting positive suicide prevention policies.

Northwest Stop, which has been in operation since 2004, was set up by families bereaved through suicide. Tom estimates that the service has helped at least 5,000 people since then.

It has a team of 18 qualified Garda-vetted counsellors who have their own rooms.

The service, which is coordinated by Dermot Laffiff, sees people across Leitrim, Sligo, Donegal, Mayo, Roscommon, Longford, Fermanagh and west Cavan. It also takes calls from people ‘in desperation’ from other counties, Tom said.

While access to mental health services around the country can be difficult, Northwest Stop’s volunteers are proud that their service ensures a counsellor’s help within 24 hours.

While suicide prevention is a focus, Tom said the service assists in all sorts of situations. “Mostly what we deal with, if not resolved, will lead to suicide. We provide 50 to 80 free counselling hours weekly,” he said.

Having helped people with issues such as alcoholism through his involvement in the GAA and had personal experience of suicide in the extended family, Tom joined Northwest Stop in 2012. “I had been a supporter of the service from the start.”

Finance is a huge issue for the service.

“Last year, we raised €50,000 from donations and spent €70,000. We had a bit of money in our account. We’re going to stay in the ring for as long as we can but we need a level playing pitch as regards other organisations. We are willing to work with any organisation,” Tom said.

“We are seeing a lot of online gambling among young people, with big debts accumulated. There is also isolation in the farming community. A lot of people are frustrated with the drink driving laws. People are afraid,” Tom said.

Rural Ireland is being cleaned out. We have lost a lot of houses in the last three to four years. There are a lot of one-person houses left.

“Parents are seeing their children go away, never to come back. I was having a discussion yesterday with farmers, all in their mid-50s to 70s, and none of them could see their farms being taken over by family members. People are living in Dublin. It’s game over.

“A lot of them don’t need counselling but just someone to contact. It’s the same with the young lads; their friends are gone to Australia and other places,” said Tom.

“Department inspections can really upset farmers and in some cases, farmers aren’t doing the sums and not keeping cattle that are meant for their land.

Department payments are coming at the back-end of the year when they should be made at least twice a year. It’s very hard to budget.

Bullying in the workplace is also affecting people hugely, he said. “Mostly it is women being bullied by younger women.”

Tom said the HSE services are generally “pretty good” and are run by people who care. “It’s getting into the system that is the killer. You need to pick the right team to get the right result.

“In our organisation, everything we do is voluntary and we need funding to continue.” 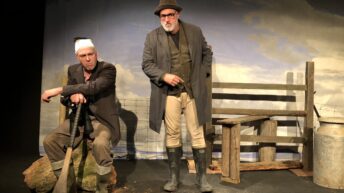