‘Challenges we face must not define us’: Duffy takes Macra reins 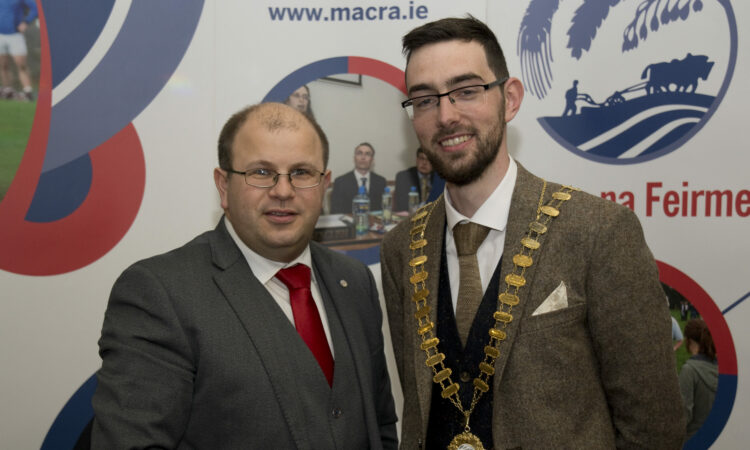 Young farmers and rural dwellers have been called on to rise to the challenges they face in agriculture, the environment and the economy by the new national president of Macra na Feirme, Thomas Duffy.

The incoming president urged members of the rural youth organisation not to allow such challenges to define the generation.

Speaking at the Macra na Feirme’s national annual general meeting (AGM) in Athy, Co. Kildare on the 75th anniversary of the organisation, the 37th president of Macra said that, in spite of the “golden age” in which we live, there are still a number of challenges:

“Loneliness and isolation are growing. Hope for the future is lower in our generation, challenges are seen as insurmountable. Populists prey on our culture of fear like carrion crows.

“So what has this to do with Macra? Everything. Macra’s foundation was about education, connection and community; we still serve that role – but there’s more we can give.

Macra has become a force for change in the agricultural sector in the past 75 years; this isn’t a zero-sum game. As we have created a vision for agriculture, we must now make a vision for the whole of Ireland.

“The challenges we face must not define us; agricultural, economic or environmental – these things cannot be what we restrict ourselves to.

Turning to the topic of climate change Duffy said: “Macra has always been an organisation that offers solutions not just criticisms; we cannot be reactionary to climate change – we must be progressive in our image for what we are going to do.

“I will present a challenge to everyone here today and everyone in this entire organisation; I would ask you to do something.

Look bigger, look further, be ambitious; do not be afraid to be challenging – whether that’s of me or your representatives or your committees or this entire society.

Taking into account the special 75th anniversary, with the AGM being held in the birthplace of the association, the president referenced a quote from founder of Macra, Stephen Cullinan:

‘‘The promised land is ahead, a rural people established on good-will and co-operation prepared to put the welfare at the community before personal advancement.”

Finally, three other members were elected to the national Macra board, namely: Marie Harnett from Waterford; Shane Quigley from Mayo; and John Keane from North Tipperary Macra. 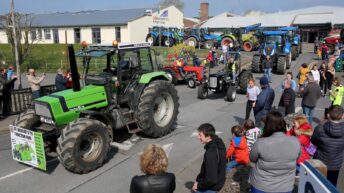