One of a kind: The ‘modern’ Volvo BM tractor

Volvo BM tractors – once a typical sight around parts of Europe until the mid 1980s, when Volvo manufactured its last tractor – have become increasingly uncommon in the intervening years.

The 225hp model is what the creators imagined a Volvo tractor would look like today – if such tractors were still in production.

Olssons, based in Ellos, Sweden, supplies parts to many of the old Volvo BM tractor owners in Scandinavia, having assumed responsibility for the supply of Volvo BM parts eight years ago in 2009. 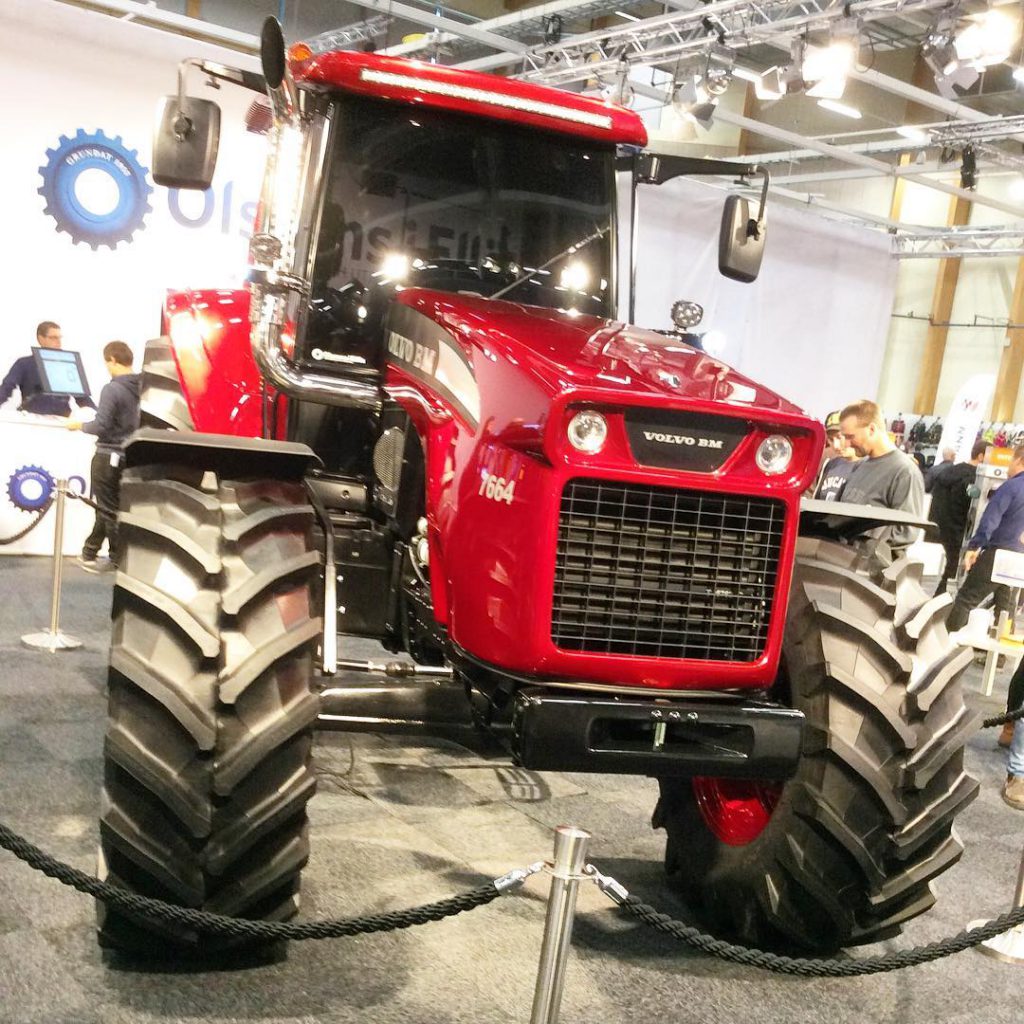 The tractor project began in a jesting manner at a trade show, when the topic of what a modern ‘BM’ model would look like arose. The creators decided to build a modern-day version to exhibit at the show the following year.

Olsson mechanic, Albin Carlsson, said: “We couldn’t stop thinking about it. A few days later we decided to build one.”

The tractor was first presented at the Elmia Trade Show in Sweden in the autumn of 2016. The 6-cylinder Sisu-powered 7664 was constructed using a combination of custom parts and stock parts, as well as some artistic licence regarding the style of bonnet. The aim was to match contemporary designs, while retaining a Volvo ‘feel’.

The tractor clearly has a Valtra (Valmet) influence – not surprising given the histories of the brands involved.

Following its completion, the 7664 was on display at Elmia and, also, the Agromek Show in Denmark late last year. It has been tested – undertaking ploughing – and is set to make a further tour of European agricultural shows this year.

When asked why did they construct it in the first place, Olle Olsson, CEO of Olssons, said: “It represents quality engineering and reliability. The project was simply too much fun to not implement.” 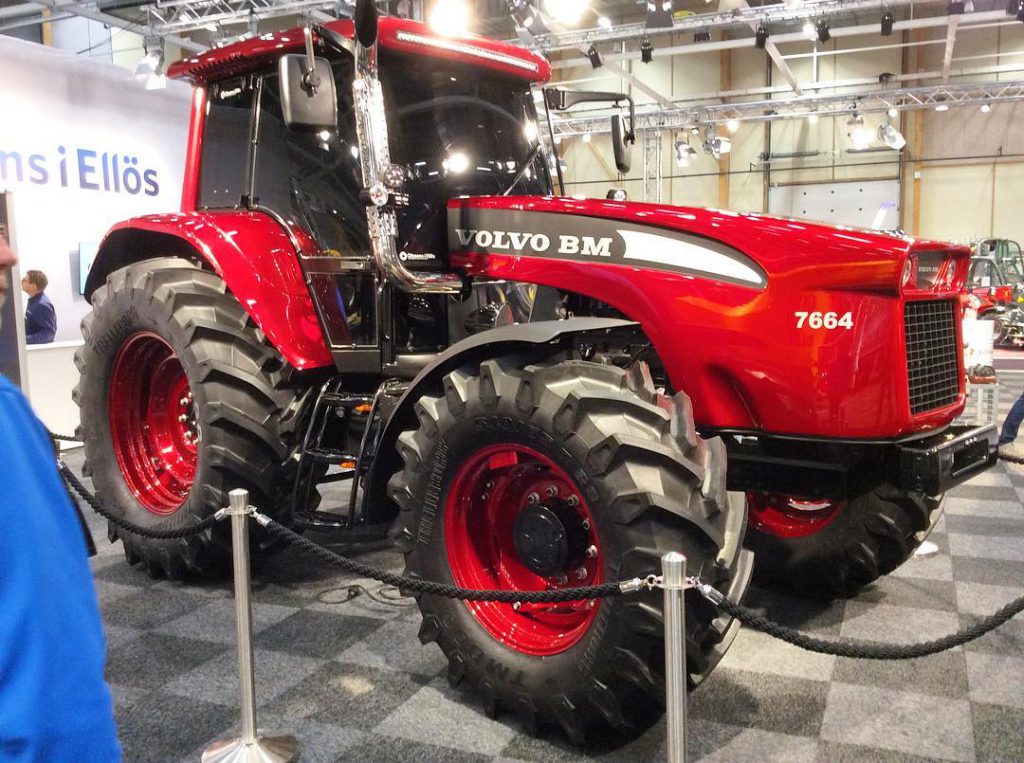 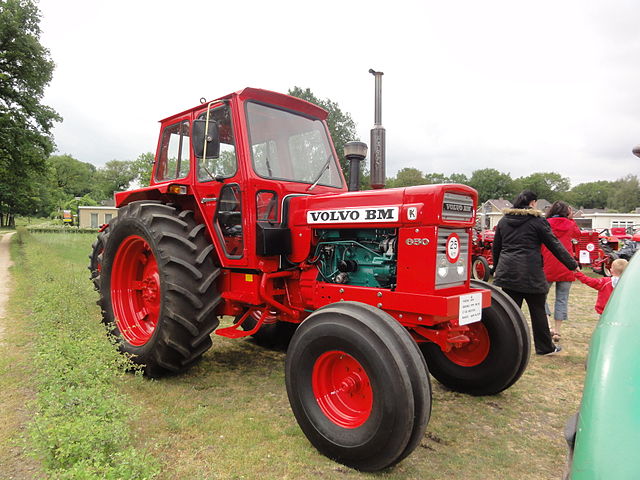 A ‘proper’ and original Volvo BM tractor from the past