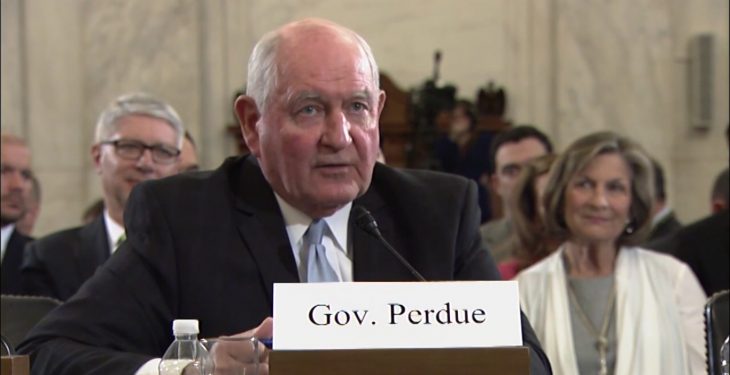 When Sonny Perdue got the ‘Apprentice’ treatment last November, he obviously said all the right things.

“He asked me what my skill-sets were,” the 70-year-old told the press pack waiting in the gilded lobby of Trump Tower in New York. “He lit up.”

“He knew what it takes to make America great again by doing the things we do well, which is agriculture for one, and to free up farmers from the regulations that we see – and he was spot-on on those issues.”

With a new US Farm Bill due before the mid-term elections at the end of next year, the Trump administration has a chance to make its mark on agriculture while Republicans still control the legislature. Picking Sonny Perdue as Agriculture Secretary suggests Trump’s major reform ambitions lie elsewhere.

As governor of the state in the 2000s, Perdue styled himself as ‘Georgia’s CEO’, concentrating his efforts on cutting costs and improving the level of services at state bodies – while receiving criticism for failing to tackle the state’s struggling schools.

That background might make him the hatchet man for the job of knocking $4.7 billion off the US Department of Agriculture’s discretionary budget – a cut of roughly 21% bringing the pot to about $17.4 billion. That figure is fairly small compared to the total figure of $155 billion the department administers, which includes farm grants, food stamps, forestry programmes and conservation programmes, which won’t be affected – for now.

Perdue was the last of Donald Trump’s cabinet to be confirmed by the Senate following six weeks of delay – the White House took that long between naming Perdue for the cabinet role and sending the paperwork to the Senate.

That may be down to farming just not being priority number one for Trump. He might have picked up lots of farm votes, but Trump’s sensibilities are fundamentally urban, and he didn’t make his fortune building grain elevators.

But Perdue did. He grew up on a mixed farm (with a dairy enterprise included) in Bonaire, Georgia. He trained as a vet, but joined the US Air Force after graduation. After a short time in practice as a vet, he started a number of small businesses, building his first grain silo in 1976. He is currently the managing partner of a grain elevator firm and has interests in transport and fertilizer.

Trump’s main plank is his project to boost US spending on defence and security. It will have victims, and rural America looks set to take a hit with proposed cuts to the USDA’s discretionary spending. It would lose out on rural business initiatives, conservation planning, and statistical services provided by the department.

Perdue has moved to assure legislators that he will be a voice for farmers in the Trump White House. He has said he does not want to cut many of the programmes Trump has planned to defund, telling senators: “I had no input in the budget”.

Farming organisations have all given their welcome to the new secretary, though ranchers and agri-business bodies have been more enthusiastic in comparison to a more muted statement from the National Farmers Union. The United States is a big country with diverse farming interests, and Trump’s decision to appoint a southerner has made big grain farmers in the midwest uneasy. 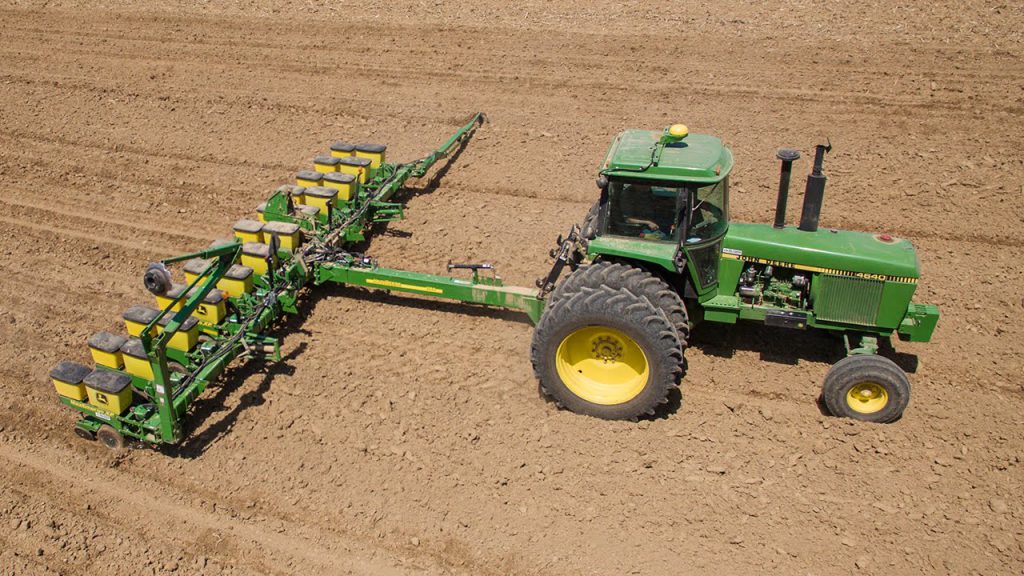 Perdue has committed to sweeping away regulations which he sees as a barrier to prosperity.

We want to remove every obstacle, and give [farmers] every opportunity to prosper.

As Agriculture Secretary, Perdue has the ability to redefine standards. His predecessor, Obama nominee Tom Vilsack, refused to redefine cotton as an oilseed so that cash-strapped southern farmers could get more federal money. As Perdue takes the reins for an administration which got heavy support from farmers, that will be one to watch.

Compared to some of Trump’s other cabinet picks, Perdue had a fairly easy time of it at his rather short confirmation hearing.

“My father’s words still ring in my ears,” he told the committee.

Son, if you take care of the land, it will take care of you. Owned or rented, we’re all stewards, and our responsibility is to leave it better than we found it.

But Perdue has been criticised for his views on climate change, having written: “Snowstorms, hurricanes and tornadoes have been around since the beginning of time, but now they want us to accept that all of it is the result of climate change”. Critics have labelled him a climate change denier, but Senate Democrats gave him a free pass on this issue.

But the environment won’t be giving Perdue a free pass. Forest fires in the US are getting worse, and whether Perdue is prepared to make the climate change link or not, the cost of fighting them can suck most of a billion dollars a year out of the forestry budget he oversees.

When he’s not fighting fires, Perdue’s policy objectives in forestry and other extractive sectors will probably mirror the line he took as Governor of Georgia, favouring logging interests and expanding production. Already, environmental group the Sierra Club has raised concerns that logging will return to the levels seen in the Reagan era – which would probably be a popular outcome among Trump supporters.

Democrats are probably picking their battles. As Governor of Georgia, Perdue was lauded for travelling abroad to hawk the state’s timber and food products. He might be a conservative southern Republican who scorns liberal sensibilities, but he may be a moderating influence on Donald Trump’s project to tear up free-trade deals and bring about a new era of protectionism. In other words, he’s the conservative devil they know.