The View from the UK: A Yorkshireman who drove more than 200 miles in his New Holland T7 to help deliver 30 tonnes of forage for flooded-out farmers in Somerset says his action succeeded in highlighting their plight – and he was ready to do it again.

Philip Rowbottom, who runs an arable operation at Mount Farm, near Woolley, Wakefield, was so moved by seeing tracts of land swamped under water that he launched Forage Aid, which has taken off with backing by the National Farming Union (NFU).

Joined by agriculture contractor Andrew Nicholson, he completed the 225-mile journey from Wakefield to Bridgewater in 10 hours, each carrying a 15-tonne mix of silage, haylage, hay and straw.

It was dropped off at Sedgemoor agriculture market to be distributed by the local branch of the NFU.

“We were very well received,” said Rowbottom. “They were pleased to see the moral support more than the load of sillage. It was the fact that we were from the farming community and we were aware and doing something about it.

“The tractor was superb. I have had it for a year and I’m very pleased with it. I found it very comfortable to drive. People said, ’10 hours’ drive? That’s a lot’. But that’s what I do when I’m ploughing – and at least I got a change of scenery.

“Farmers in the South West are facing 18 months without livestock feed so what we did was trivial physically – but as a support and a shoulder to lean on it was a massive support for them. They are not on their own.

“It must be soul-destroying – they are weeks away from being able to do anything. I’m just glad that I was able to help in some way.”

He added: “I think we have done a fairly good job in raising the plight of farmers to the public eye. If they want another load I would gladly go again if I thought it would do some good.”

He was backed by New Holland dealers Russell Group, based in Yorkshire, where Philip and Andrew are both customers. 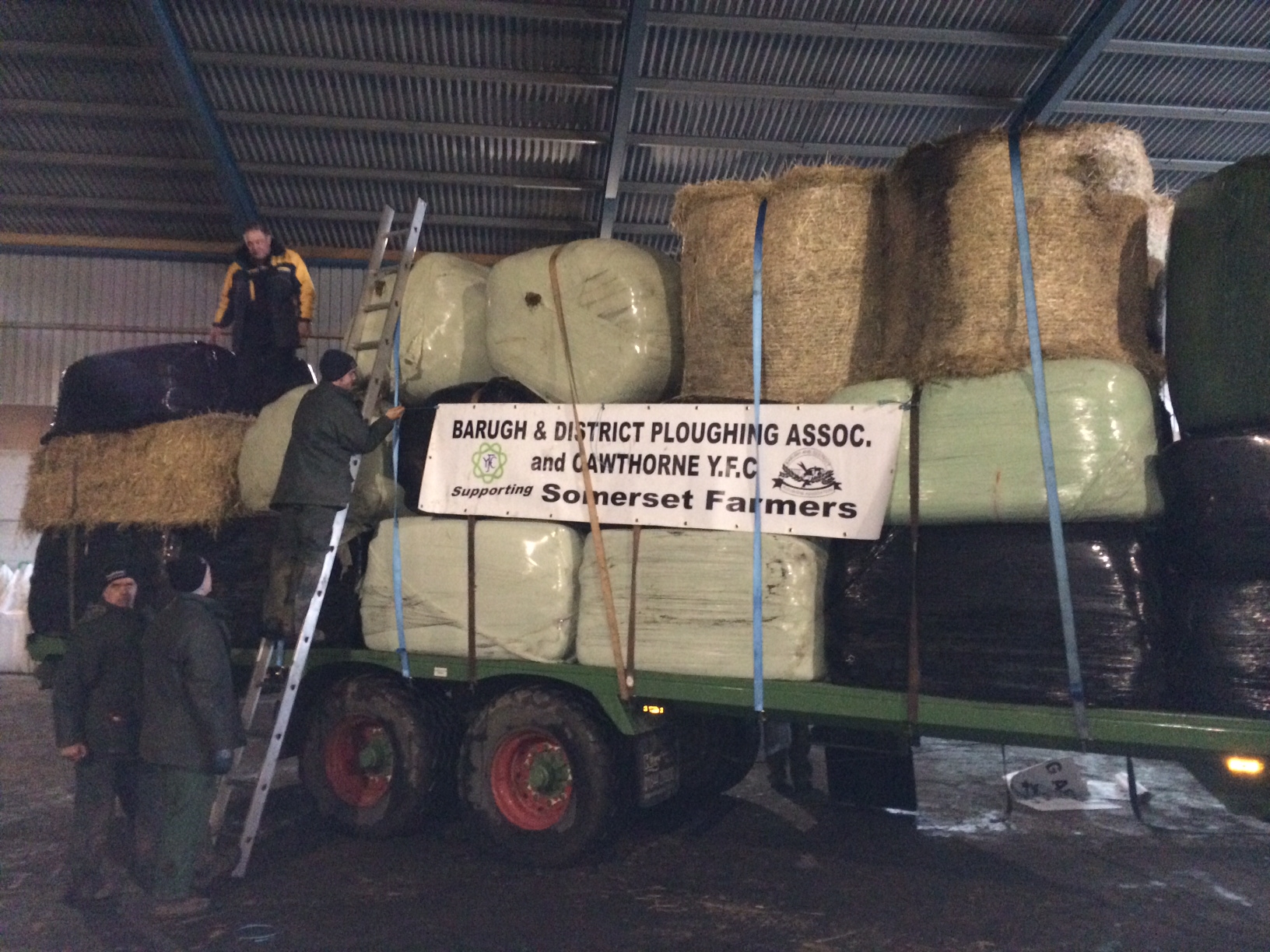