On the road…with a mobile sheep dipping rig 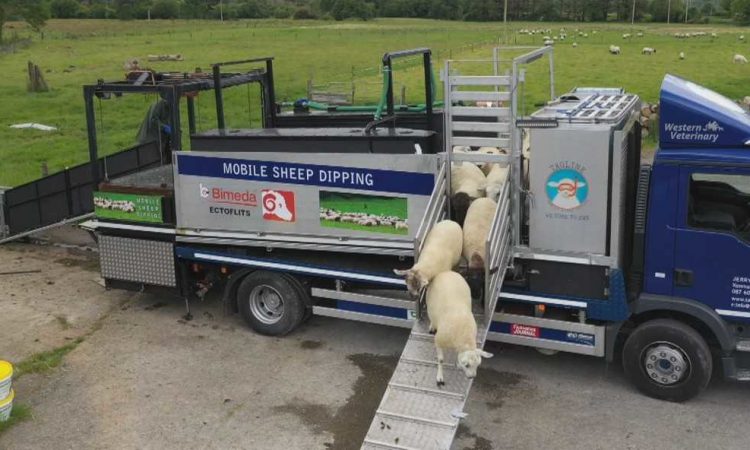 Jerry McCarthy from Kenmare, Co. Kerry, claims to have found an efficient solution to eradicate sheep-scab. He found that sheep were becoming resistant to the usual showers, doses and pour-ons that are regularly used on sheep farms across the country.

Jerry was having problems with sheep-scab in his own flock. That’s what prompted him to seek a solution to eradicate it. From his time driving trucks, he noticed this problem was widespread across the country.

Last year, Jerry became the first person to own a mobile sheep dipping tank in Ireland. He made contact with Neil Fell, who had set up his own sheep dipping business in the UK.

Neil has apparently dipped over 170,000 sheep in the UK over the past 12 months.

Jerry went ahead and purchased a 2008 MAN truck from the UK and proceeded to present it to a number of engineering companies for conversion. Eventually, Jerry got his dipping machine constructed.

The truck was shipped to Ireland last August and in September Jerry set off dipping sheep around the country.

Speaking to AgriLand, Jerry said: “Farmers were finding it increasingly difficult to dip their own sheep; and finding it difficult to eradicate sheep-scab, with animals constantly scratching and building-up resistance to pour-ons and doses.

“I have somewhere around 20,000 sheep put through the machine since I got it last September,” he added.

Jerry dips his own flock three times a year and said: “I have been to farms where they haven’t dipped their sheep in 20 years.

At the moment business is quiet for Jerry. This is mainly due to the fact that farmers are busy at this time of year getting lambs ready for the factory.

The busiest time of the year seems to be September and October. However, I was surprised as January was very busy this year.

Jerry is hoping to expand the business this coming year and is ready to head west where he has jobs lined up in Galway and Mayo.

However, he believes it has been a success so far and has no doubt it was the correct decision to purchase the truck. 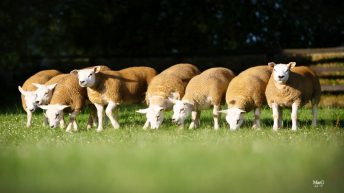