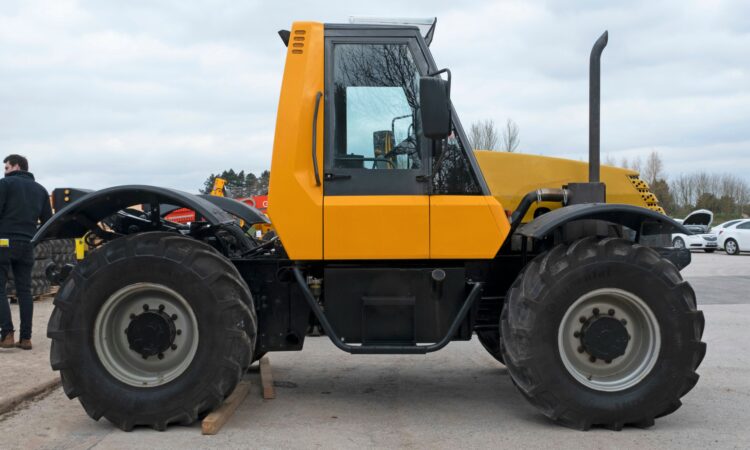 It was one of many lots that went under the hammer at a sale run by AMS (Asset Management Services) Auctions – on behalf of JCB (at the manufacturer’s Lakeside Works premises in Staffordshire, England).

The tractor (pictured), which had approximately 3,890 hours on the clock, sold for £15,000 (plus VAT; no buyer’s commission). In the catalogue, it was described as a “historical JCB machine” without the usual “paperwork”. 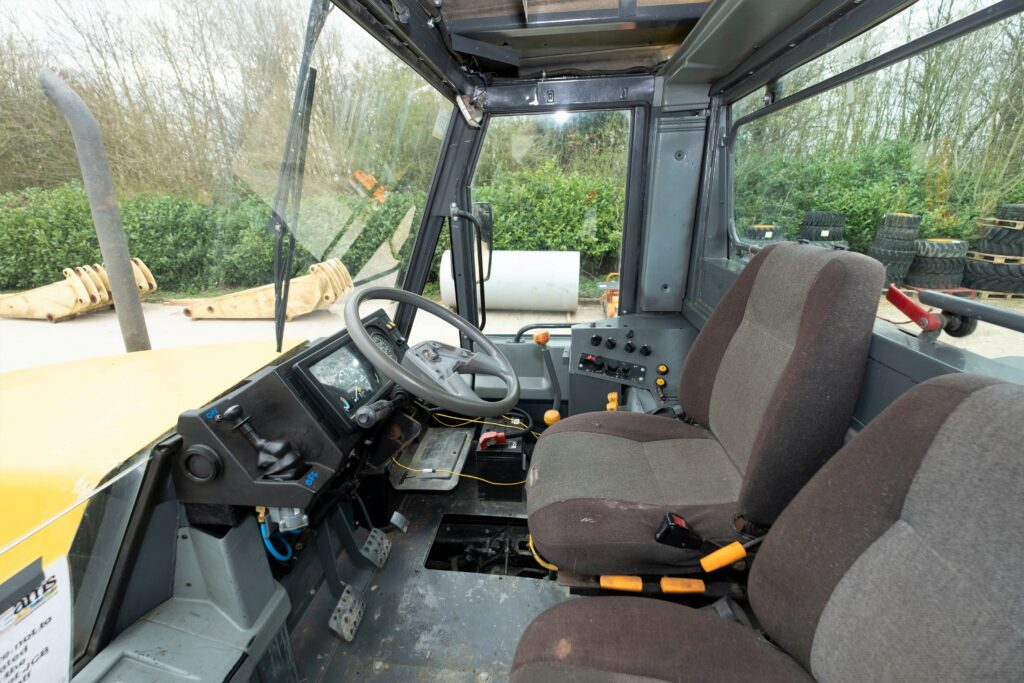 Tim Scrivener was at yesterday’s sale for AgriLand; he took these striking photographs – showing all angles of this noteworthy tractor. 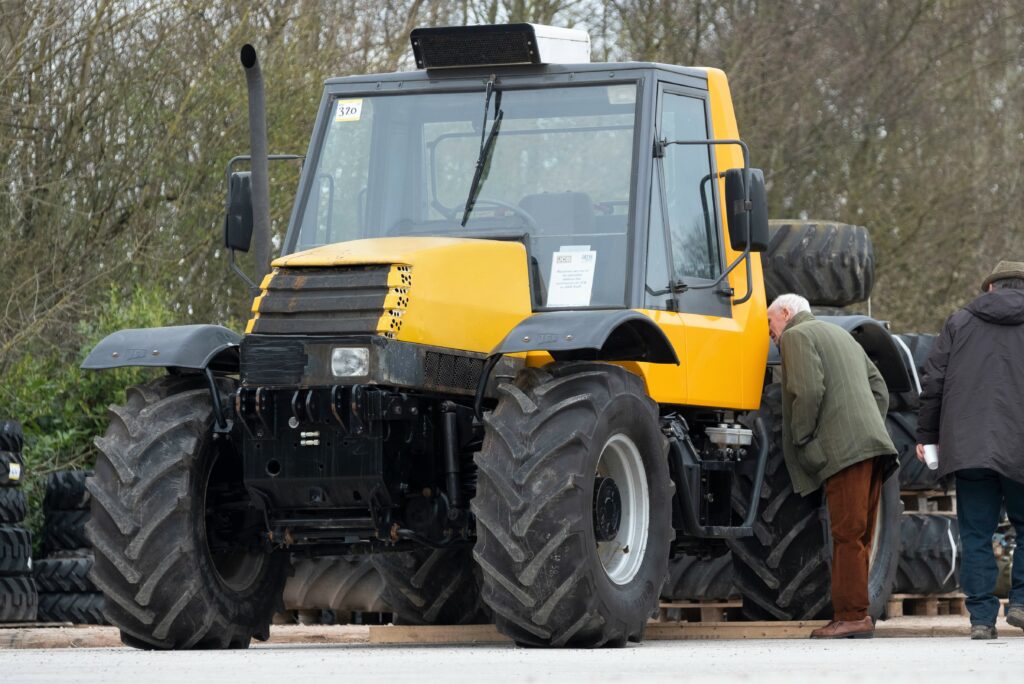 The auctioneers – AMS – told AgriLand that the buyer is UK-based. It’s not known, however, what plans are afoot for this machine.

This tractor – known as ‘P5’ – was the fifth of 13 prototypes built during the Fastrac development programme. According to JCB’s PR manager, Nigel Chell, construction of the machine was completed around July 1989. 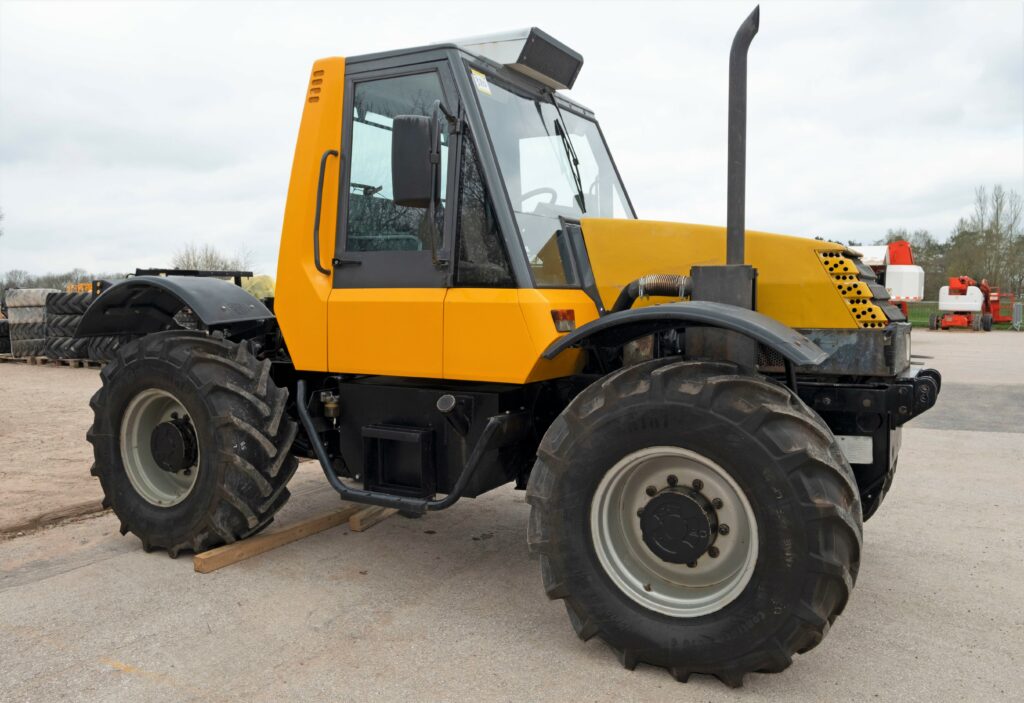 “It was predominantly used as an engineering endurance machine – accumulating ploughing and other hours on JCB’s own farms.” Interestingly, it was also used for one or two early dealer feedback sessions.

Nigel added: “It was the first turbocharged prototype built; it was fitted with a Perkins 1006-6T engine. It has almost certainly had an engine change during its life. It’s likely to now have an engine similar to that fitted to the 145 production model. 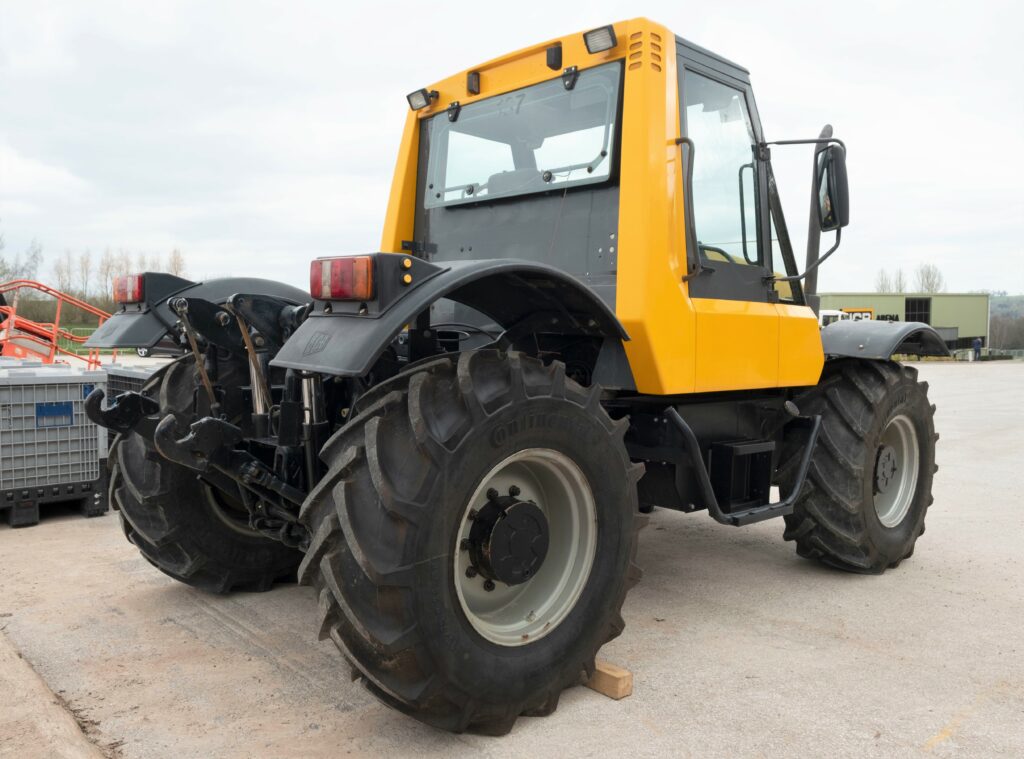 “The transmission looks to be standard – as at launch. The tractor has a dry-plate clutch, a 3F 1R range box and a six-speed Eaton box – giving a total of 18 forward and three reverse speeds. It’s an ’80kph’ version; it now has nearly-new Continental 495 R24G tyres fitted.” 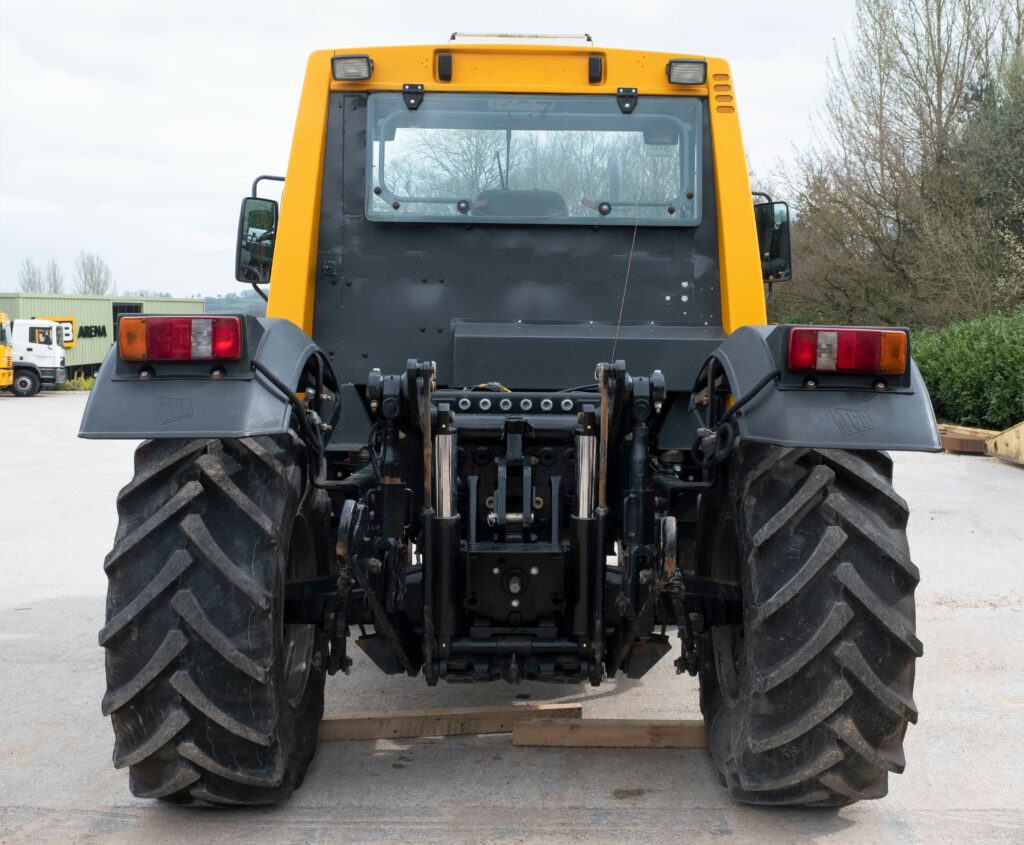 He said: “The cab has a flat windscreen – unlike ‘production’ machines. In fact, all the prototypes except P14 had flat screens. P14, with its curved windscreen, was shown at the Royal Smithfield Show [in December, 1990] as the High Mobility Vehicle or HMV prototype.”

It should be noted that the prototypes were numbered 1 through 12, along with another numbered as 14. As previously mentioned, there were 13 in all. 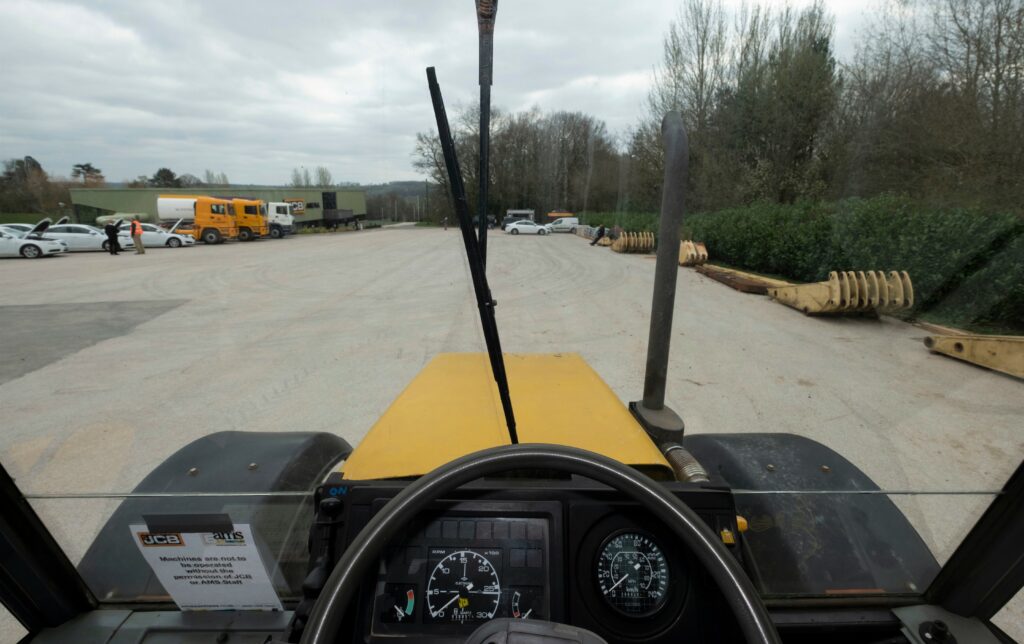 Commenting on the interior, Nigel added: “P5’s cab has been restored externally, although the interior is still very ‘prototypish’.” 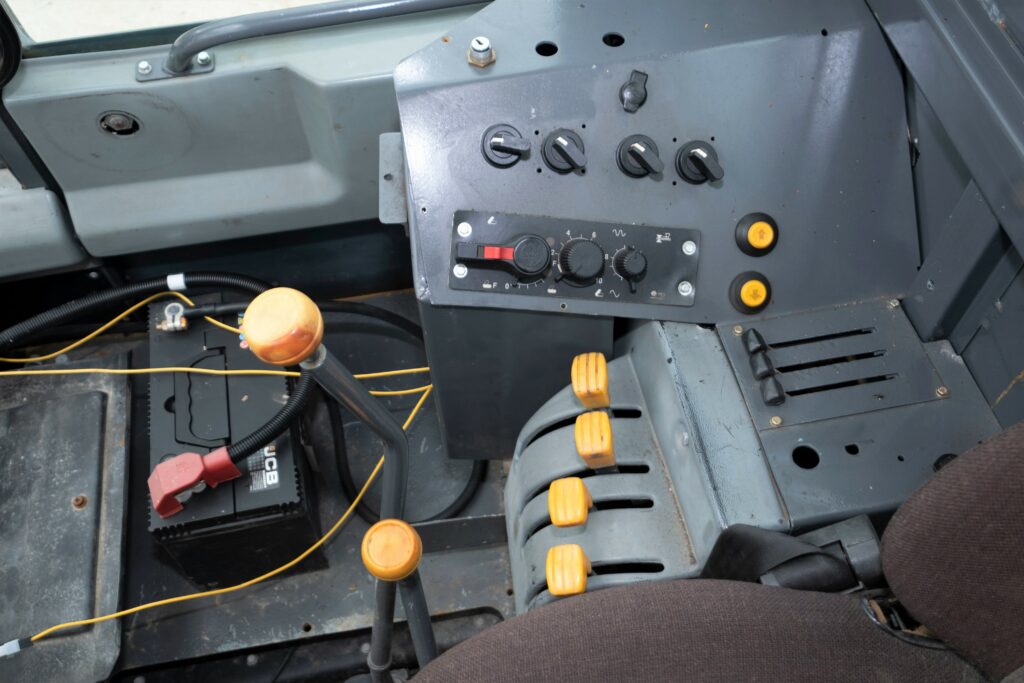 Of course, stay tuned to AgriLand to see how other lots fared at yesterday’s auction. There was a significant selection of machines (many of which were described as ‘ex-demo’ units), including recent loading shovels, skid-steer loaders, telescopic handlers and (Fastrac) tractors. 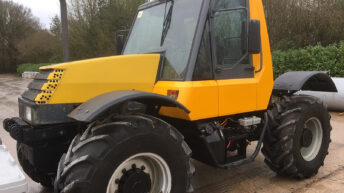 Revealed: The story of ‘P5’ – the JCB Fastrac prototype that’s up for grabs