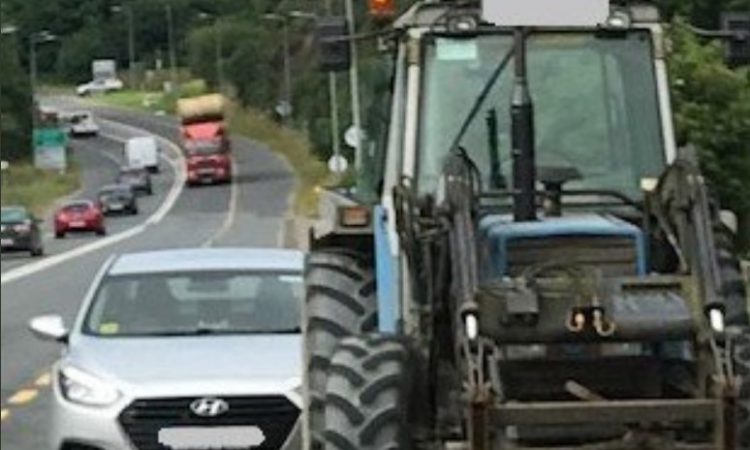 Gardaí stopped a tractor in Co. Wexford recently due to oil leaking from the engine. However, this led to further inquiries.

Following inspection, it was found that the machine had not been taxed or insured since 2004, according to An Garda Síochána.

The tractor was promptly impounded, according to local Gardaí.

Taking to social media this morning, Wednesday, July 10, An Garda Síochána tweeted: “Wexford Road Policing Unit stopped this tractor which had oil leaking from the engine.

Wexford Road Policing Unit stopped this tractor which had oil leaking from the engine. Hadn’t been taxed or insured since 2004. Tractor impounded. pic.twitter.com/KiDmq6qPOL

“Hadn’t been taxed or insured since 2004. Tractor impounded.”

Meanwhile, on a related note, members of the Police Service of Northern Ireland (PSNI) based in Antrim are seeking to locate an 8ft X 5ft, single-axle, galvanised Ifor Williams trailer.

According to police, it was stolen at around 10:00am on Wednesday, July 3, from the Lylehill Road area of Templepatrick.

“Police would urge anyone travelling in this area at around this time who may have seen this trailer to get in touch with any information,” the PSNI said.

“If you think you can provide any information about the movements or whereabouts of this trailer then please contact 101 and quote reference number 490 of July 3, 2019.”