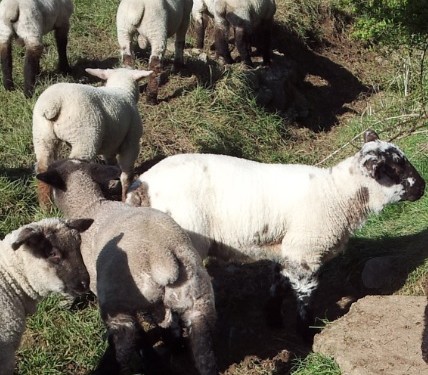 The number of Northern Ireland sheep being imported to the Republic has dropped 7%, the latest Livestock and Meat Commission (LMC) figures show.

The figures show that the Republic continues to be an important outlet for the North’s sheep industry with 58,695 sheep exported to the Republic for direct slaughter during 2015 to date which accounted for 52% of the North’s total output.

Last year during the same period a total of 62,979 sheep were imported to the Republic for direct slaughter in the Republic’s plants from the North which accounted for 49% of total output from the North’s sheep flock, the LMC says.

The LMC attributes this 7% decline in the number of sheep exported year on year to lower hogget availability and a less favourable exchange rate.

“The Sterling/euro exchange rate has a key influence on the export of sheep from Northern Ireland to the Republic for direct slaughter. The sterling euro exchange rate last week was €1 = £0.74 compared to €1 = £0.83 in the corresponding week last year.

“The current exchange rate makes Northern Ireland lambs less attractive to the Republic’s buyers but despite this exports have remained strong with reports of some plants in Ireland paying to heavier weights,” the LMC says.

“At present the biggest competition to UK and Northern Ireland origin lamb, in the valuable French market which takes approximately 40 per cent of NI lamb, comes from processors in the Republic of Ireland,” the LMC says.