The number of dairy cows in Ireland has increased 7.9% year-on-year, the latest figures from the Central Statistics Office (CSO) show.

Looking at the figures for June 2016 compared to June 2015, there was an increase of 102,100 dairy cows in Ireland, bringing the total number of dairy cows to 1.39m in the country.

The CSO figures show that the number of bulls used for breeding purposes only was down 31.4% to 25,000 head. 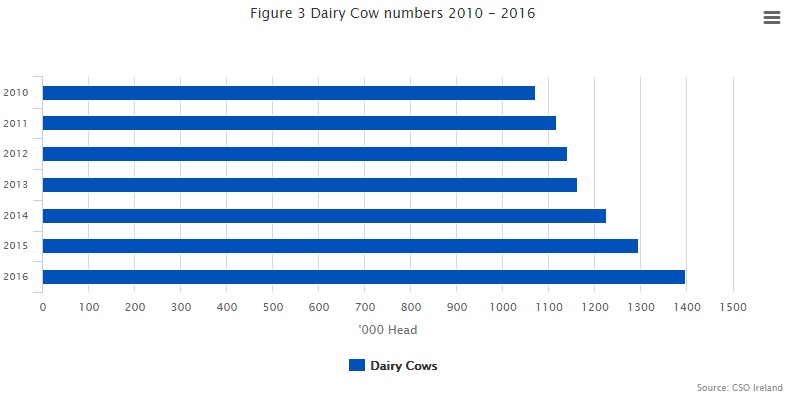 Meanwhile, the latest figures from the CSO show that milk production in July in Ireland increased by 2.5% to 788.3m litres.