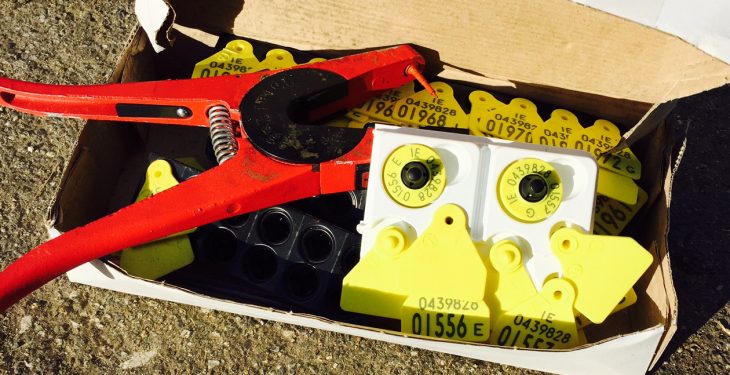 Tagging of sheep using Electronic Identification (EID) tags will not be compulsory under the Department of Agriculture’s new €25m sheep scheme, the IFA’s John Lynskey has confirmed.

Speaking to Agriland, the IFA Sheep Committee Chairman said farmers will not be required to EID tag their sheep to take part in the scheme.

The prospect of EID tagging caused disagreement between industry stakeholders back in July, with farmers and marts taking opposing sides on its benefits.

At the time, ICOS National Marts Chairman, Michael Spellman said establishing EID tagging for the entire national flock would create opportunities for Ireland to differentiate the quality and traceability of sheepmeat on international markets.

While IFA President, Joe Healy said that farmers were opposed to the introduction of compulsory EID tagging and he feared it could damage the new €10/ewe scheme.

Payments based on a previous year’s census

The scheme, which will see farmers paid €10/ewe, was first announced in the Programme for Government in June and details of the scheme are currently under scrutiny by the relevant authorities in Brussels.

And Lynskey said there are hopes that the scheme will be included in the upcoming budget, allowing it to be in operation for 2017.

He said that the payments will be made on the basis of a previous year’s census, but he hoped that an option would be included to allow new entrants to sheep farming to avail of the funding.

The IFA representative also said that the scheme will be open to both lowland and hill sheep farmers and farmers will be required to carry out a number of tasks to receive the payment.

Lynskey also said that the scheme will be a welcome boost for the sheep industry and he urged the Department of Agriculture to get it over the line in the upcoming budget in October.

Lynskey said the scheme needs to provide flexibility on numbers and on the options farmers can select to best suit their enterprise in order to draw down the funding.

The scheme will be based on the animal welfare measure in the Rural Development Programme, which allows for a payment per head.

He said the scheme will involve a number of welfare options which farmers will choose from to best suit their enterprise.

The details presented outlined nine different options and it is suggested they will be divided into two categories, with farmers required to choose an option from each category.

Details of the options outlined by the Department of Agriculture: