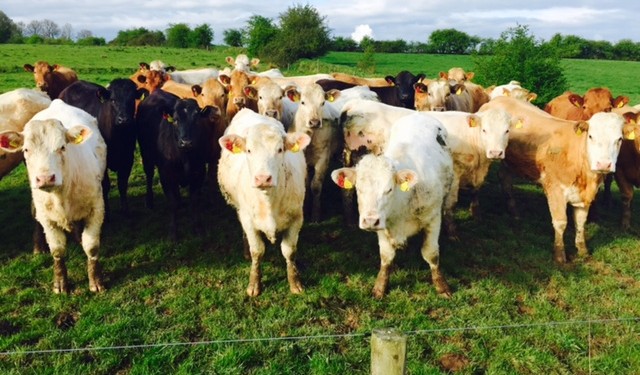 This has narrowed from 46.3c/kg for the week ending April 19, it says.

Ireland also remains in fourth place on the EU deadweight cattle league table for the second week in a row, the LMC figures show.

This latest average R3 heifer price for Ireland placed it 23.7c/kg above the average EU cattle price for the week ending May 17, the LMC says.

In Northern Ireland, for the week ending May 17 the average R3 cattle price was the equivalent of 452.5c/kg and placing it 35.5c/kg above the average price in the Republic.

This price for Northern Ireland is down 14.9c/kg from the week ending April 17, when it was the equivalent of 467.4c/kg, it says.

Despite this decline in the North, it remained in second place in the EU cattle price league table and the negative price differential has narrowed to 35.5c/kg from the week ending 19 April, it says.

The UK continues to remain at the top of the EU deadweight cattle price league table. For the week ending the average R3 heifer price in the UK was 458c/kg, the LMC says.