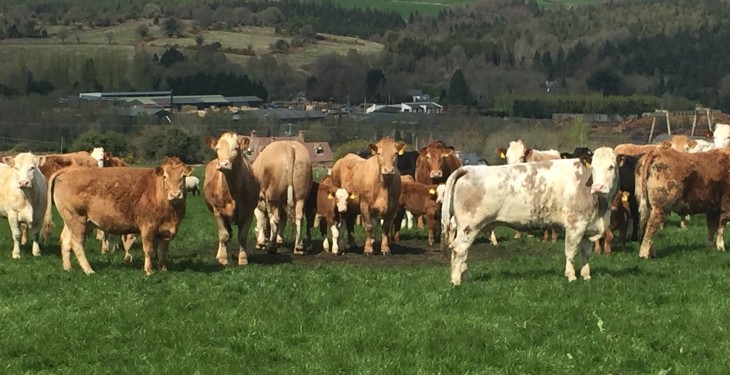 The price differential between R3 grade heifers in Northern Ireland and the Republic of Ireland narrowed to 3.4c/kg for the week ending August 14, 2016, figures from the LMC show.

For the same week ending the average R3 heifer price in the Republic was 386.8c/kg, while in the North it was the equivalent of 390.2c/kg.

Meanwhile in Britain, an average R3 heifer was the equivalent of 412.0c/kg. This was an 8.2c/kg increase from the 403.8c/kg paid during the week ending July 17. 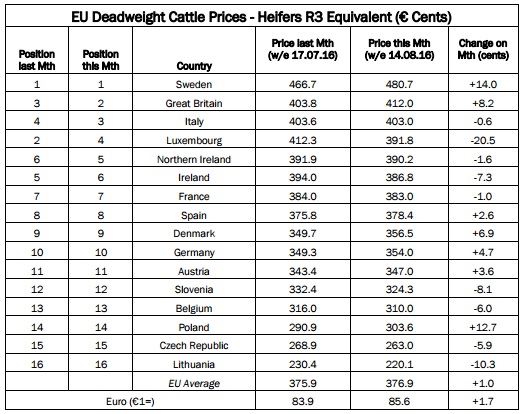 For the week ending August 19, the Irish cattle trade remained relatively steady with little change in demand and supplies reported as tight across some categories, according to Bord Bia.

These prices exclude the €0.12 bonus payable on in-spec QA animals. Looking at cows, O grade cow prices are generally in the range between €2.90/kg and €3.10/kg.

Cumulatively, supplies of young bulls are up 29% compared to the equivalent period in 2015 while cows are up 4% on 2015 numbers.