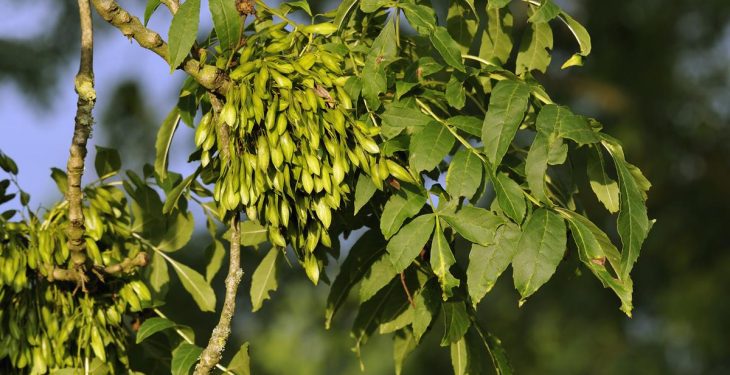 Ash dieback is present to a greater or lesser extent in all 26 counties in Ireland, the Department of Agriculture has said.

Four of these new forestry findings were in counties where there had previously been no confirmed findings in forestry plantations, the Department said.

This increased the distribution of findings in forestry plantations from 19 to 21 counties.

In the same period (to date in 2016) there was also one confirmed finding in a commercial nursery and two confirmed findings in farm landscaping / agri-environment scheme plantings in County Tipperary.

There was 11 individual samples taken from trees in roadside / motorway landscaping plantings in counties Galway, Kildare, Laois, and Westmeath which tested positive, and 13 individual samples taken from trees in native hedgerows in Counties Roscommon, Tipperary, Wexford, and Wicklow which tested positive, the Department found.

Taken together these new findings have widened the general geographic distribution of the disease and confirm the presence to a greater or lesser extent of the disease in all 26 counties in Ireland.

Then, in 2013 the European Commission approved the Department’s application to allow farmers participating in the current agri-environment schemes, who had concerns regarding ash plants planted under the schemes showing symptoms of ash dieback, to apply to remove the ash plants under force majeure.

The National Roads Authority also agreed in 2013 to suspend the use of ash in any roadside/motorway plantings and since then it uses alternative species. Coillte also made a policy decision not to replant with ash.