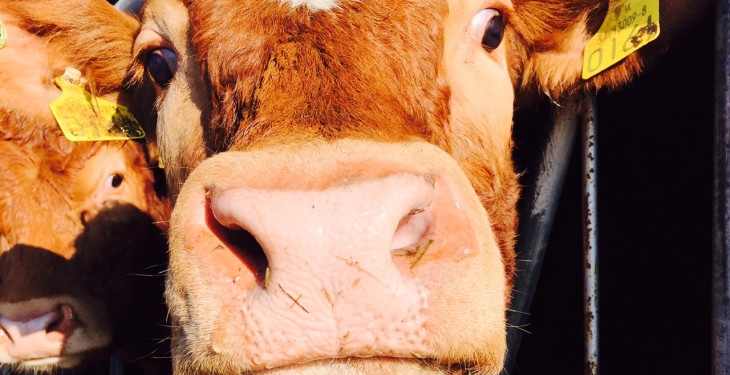 Farmers in Northern Ireland received €71.68/head more for a 280kg R3 grade heifer carcass than farmers in the Republic of Ireland in the week ending February 19, figures show.

This equated to a difference of 25.6c/kg, according to figures from the Livestock and Meat Commission (LMC).

At the end of the third week in February, there was no change in heifer prices reported in the Republic of Ireland, which stood at 384c/kg, compared to the previous month.

This occurred in a week when the euro was the equivalent of 85.2p.

This decrease meant that Irish farmers received 2c/kg above the EU average, while farmers in the North received 27.6c/kg more than the average at the end of the third week in February.

The difference between prices in the North and the EU average jumped 6.7c/kg in the space of a month, having previously stood at 20.9c/kg in the week ending January 22.

British prices retained second place in the league table in the week ending February 19, with an equivalent R3 grade heifer price of 420.2c/kg.

This was a 5.2c/kg increase from the 415.0c/kg paid in the corresponding week in January, figure show.

The differential between R3 heifer prices in Britain and the EU average widened from 32.5/kg in the week ending January 22 to 38.2c/kg at the end of the third week in February.