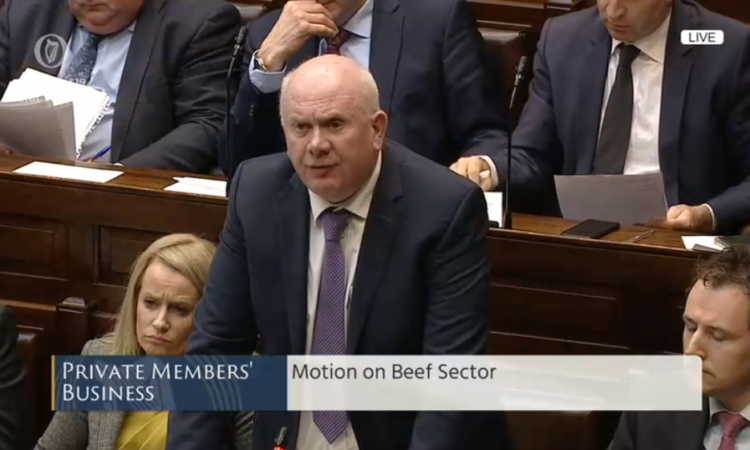 A TD has said in the Dáil this evening (Wednesday, March 27) that no farmer in the Irish beef sector is making any money, and that “it’s only who’s losing the least” that is in question.

Speaking on a motion put forward by Fianna Fáil on the “ongoing crisis in the beef sector”, deputy Jackie Cahill said: “Post Brexit, the EU will be 116% self-sufficient in beef.

“Even with that scenario staring us in the face, the European Commission has made concessions on Mercosur that would allow up to 100,000t of beef into an over-supplied EU market.”

Deputy Cahill said: “Farmers are turning their back on our industry. We have to reverse that trend and we need to reverse it now.”

Responding to the opposition, the Minister of State for Food, Forestry and Horticulture, Andrew Doyle – who noted that he is a beef farmer himself – said he was “keenly aware that beef farmers are going through a difficult time”.

He said: “It is very easy to criticise low prices and call on the minister to condemn beef factories, but we have to ask where that will get us.”

Minister Doyle called on all members of the Dáil “to work collectively as public representatives to consider how to strategically support the beef sector to secure the future of beef farmers and their families”.