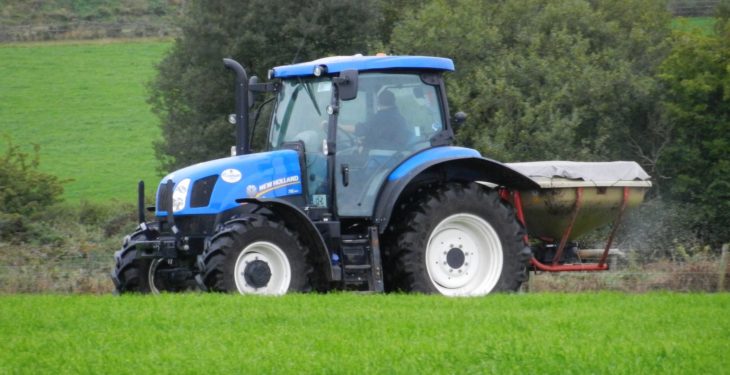 The current review of the nitrates regulations is an opportunity to address poor soil fertility on farms – which, if left unchecked, will limit Irish agriculture’s ability to reach its growth targets.

This was the opinion IFA (Irish Farmers’ Association) President Joe Healy voiced at a meeting of the Joint Oireachtas Committee on Agriculture yesterday (Tuesday, September 26).

According to Healy, low farm incomes and heavy regulatory activities have contributed to a reduction in fertiliser use and a decline in soil fertility levels in recent years.

The president reported to the committee that just 10% of grassland soil samples, and 12% of tillage samples show overall good fertility, while two-thirds of soils nationally have a sub-optimal pH status – indicating a requirement for lime on most Irish farms.

Healy said: “The current review of the rules surrounding the use and management of nitrogen and phosphorous on Irish farms provides a real opportunity to reverse decades of declining soil fertility levels and ensure Ireland’s farming sector is well positioned to sustainably grow agri-food exports over the next decade to almost €20 billion and to create 23,000 jobs in the sector.”

The IFA said it is the opinion of the organisation that chief priorities in the review must be the continuation of both the derogation for the dairy and livestock sector and the transitional arrangements for pig and poultry farmers.

Healy noted: “Less than 5% of farmers in Ireland avail of the nitrates derogation.

“However, these farmers represent a cohort of progressive farmers who will underpin the development of the sector in the coming years, and are making farm management decisions today on the legitimate expectation that Ireland’s derogation will continue.”

He added that it is worth noting that these derogation farmers endure increased compliance obligations, administrative burdens and face a greater likelihood of being inspected.

The call by the IFA for the continuation of the transitional arrangements for pig and poultry farmers is mainly due to the failure to develop a coherent bio-energy policy and supports – in particular in relation to anaerobic digestion, the farmers’ group says.

Healy said to avoid imposing thousands of euros of haulage costs on pig and poultry farmers, the transitional arrangements must be extended – at least until the long–awaited renewable heat incentive is introduced.

Healy said the inflexibility of the calendar farming regime when it comes to fertiliser spreading is at the front of farmers’ minds again this year, with farm families – particularly in the west and north-west – struggling to farm the land due to the exceptional weather this year.

He said more flexibility must be shown to ensure farmers who want to do the right thing are not penalised.

The IFA President also called for a lime investment programme to be introduced to support the rebuilding of fertile soils. This must be supported by more open access to Teagasc’s nutrient management planning tools to maximise adoption of best practice.

Healy concluded by noting that the farming community is well positioned to continue to play its part in Ireland’s recovery. However, vital policy support to deliver sustainable growth is required across all sections of government and it is time to ensure that this review plays its part.

‘Provision of additional investment items under TAMS may be considered’