NFL warns players against contaminated beef from China and Mexico 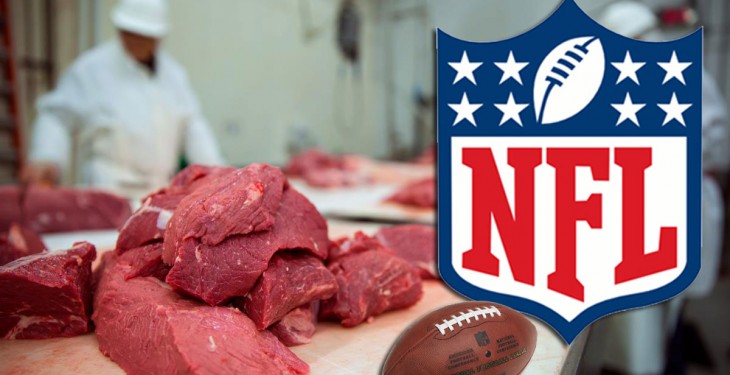 American football (NFL) players have been warned that some meat produced in China and Mexico may be contaminated with clenbuterol which is banned under the NFL’s policy on performance-enhancing substances.

Clenbuterol is used to treat breathing disorders and is also used as a weight-loss stimulant. It’s also not used in any medication approved by the US Food and Drug Administration (FDA).

As a result of eating Mexican meat that contained the banned substance, last year NFL player Duane Brown of the Houston Texans tested positive for the drug after he ate burgers and steak in Mexico – but was cleared of the positive test in April.

It is understood that as a result of the Browne case, the NFL and NFL Players Association issued the warning to the players.

In the circular sent to the players the NFL said that “consuming large quantities of meat while visiting those particular countries [China and Mexico] may result in a positive test for clenbuterol in violation of the policy”.

The NFL has warned players to be aware of this issue when travelling to Mexico and China.

Please take caution if you decide to consume meat, and understand that you do so at your own risk.

“Please remember that as stated in the NFL Policy on Performance-Enhancing Substances: ‘Players are responsible for what is in their bodies’.”

Arizona Cardinals corner-back Patrick Peterson tweeted this picture of the memo that was issued to all NFL players.

Earlier this year, the US repealed its law on the country of origin labelling requirements for beef and pork products.

All imported and domestic meat will continue to be subject to rigorous inspections to ensure food safety, Agriculture Secretary Tom Vilsack said.

“Effective immediately, USDA is not enforcing the COOL requirements for muscle cut and ground beef and pork outlined in the January 2009 and May 2013 final rules,” Vilsack said.

By repealing the labelling requirements, the US is avoiding more than $1 billion in retaliatory tariffs from Canada and Mexico that were authorised last year by the World Trade Organisation (WTO).