New Minister for Agriculture Michael Creed sets out his stall 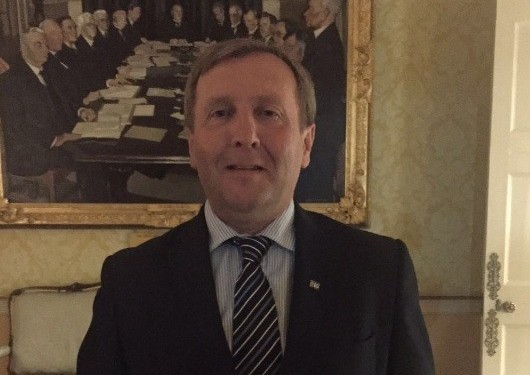 The Minister for Agriculture, Food and the Marine, Michael Creed pictured at Aras an Uachtarain (Twitter)

The new Minister for Agriculture, Food and the Marine, Michael Creed has said that he had no advanced inkling that he would be appointed to the position.

Speaking on C103fm the Cork North West TD said that the Dail was due to reconvene half past five and the bells had begun to ring.

“I said ‘that’s it, another ministerial bus missed’. Literally as the bells were ringing the Taoiseach’s office rang looking for me and the Dail was put back by three quarters of an hour.

“So that’s how it happened. I had no advanced inkling of it.”

Minister Creed said that he is looking forward to working with the industry and with farming bodies and to try do his best for the country for an industry that is a multi-billion euro one.

He then paid tribute to Simon Coveney, his predecessor and said that did an enormous amount of work.

There was a time in previous administrations when the industry was collectively referred to as a sunset industry.

“In fact I see it as entirely the opposite way it’s been an engine for our economic recovery. There’s a great job of work to be done there in building a coalition between those inside the farm gate and those outside it.

“We are a trading economy, exports are our lifeblood and the more we can export the better prices are secure.

“All the commodities are in difficulty in terms of prices paid to the primary producer, that’s a huge challenge.

“The State isn’t a purchaser of milk or beef, but there are issues in terms of policy we will be working on to ensure that those people can get a just reward from the huge endeavours they put in.

Minister Creed said that he has had contact already with IFA and the other farming organisations and that he’s looking forward to meeting them.

He said that young farmers are the future of agriculture and the age profile of farming is a concern.

It’s great to see places for example Darrara agricultural college bursting at the seams with people wanting to have a career in agriculture.

“I think it’s the ultimate vote of confidence by young people and it’s also a signal to people like myself that we have to make sure that these people can earn a decent living from this.

“I see it as my duty, that wherever a good idea comes from, I’m not prejudiced against it because it may not have originated in my department or Fine Gael.

“I’ll work with anybody that has a decent, constructive viewpoint that serves the industry well. So, independents, opposition… I’m open to good ideas from any quarter,” he concluded. 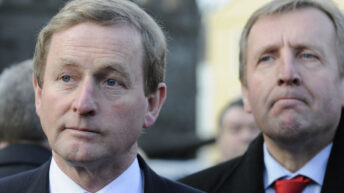 Minister for Agriculture job – Ultimate hospital pass or jewel in the crown?