Beef factory prices have continued to remain unchanged this week, with the majority of processors maintaining prices at last week’s levels.

However, despite cattle supplies sitting below 30,000 for the past two weeks, there are little signs of any improvement in prices in the coming weeks.

A number of procurement managers told Agriland that the weaker Sterling and lower beef prices in the UK is having an impact on the trade, making Irish beef dearer for UK buyers.

They have also said that feeders waiting on better prices may be disappointed, as there are little signs of a beef price hike in the coming weeks.

But, they also expect consumer demand for beef to increase in the coming weeks, as the weather looks to have turned a corner after a difficult spring.

Like last week, procurement managers are continuing to offer a base price of 395-400c/kg for steers, while heifers are trading from 405-410c/kg.

But, a number of procurement managers said that cow throughput is starting to creep up and this is limiting some of the impact of lower beef cattle slaughterings.

There has been some ease in the implementation of age and weight cuts at beef factories around the country in recent weeks, according to the ICSA’s Eddie Punch.

The ICSA Generally Secretary said that some beef processors have moved to limit the restrictions on age and carcass weights.

In January of this year, a number of processors introduced price cuts on carcasses weighing over 400kg and 30 months of age, with the prices of some animals cut by 20c/kg.

However, Punch said that the tighter supply of cattle, which has been seen in recent weeks means that some processors are waving the age and weight requirements in order to secure stock.

“Factories have been very anxious to secure stock over the last three weeks and specifications are the first beneficiary of tighter cattle supplies.

“Rather than pushing the price up for in-spec cattle, factories are purchasing cattle falling outside of the age and weight requirements,” he said.

Beef cattle supplies continued to tighten with just 28,751 head slaughtered during the week ending May 1, recent figures from the Department of Agriculture show.

During the week, the number of cattle killed at Department of Agriculture approved beef export plants was back 4.5% compared to the week earlier.

The price cattle kill (steers, heifers and young bulls) posted a reduction, down by 4.3% (954 head) compared to the week ending April 25.

However, despite the fall in the prime cattle kill, the number of aged bull and cull cow slaughterings increased by 19% and 3.8% respectively.

The British trade steadied last week, with the average prices for R4L steers making around 322.4p/kg. In Euro terms the British steer price is now equivalent to €4.07/kg.

The French beef trade has also seen some improvement on the back of a rise in demand, Bord Bia reports.

However, it remains difficult to get imported product onto retail shelves due to the continued focus on domestically produced beef.

Despite the steady beef trade in Britain and the rise in demand in France, forequarter beef prices in Italy are down due to increased competition on the market.

Bord Bia shows that the R3 young bull price was back by 2c/kg averaging around 403c/kg last week. 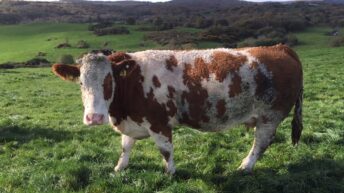 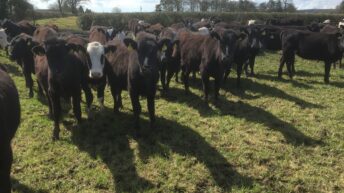