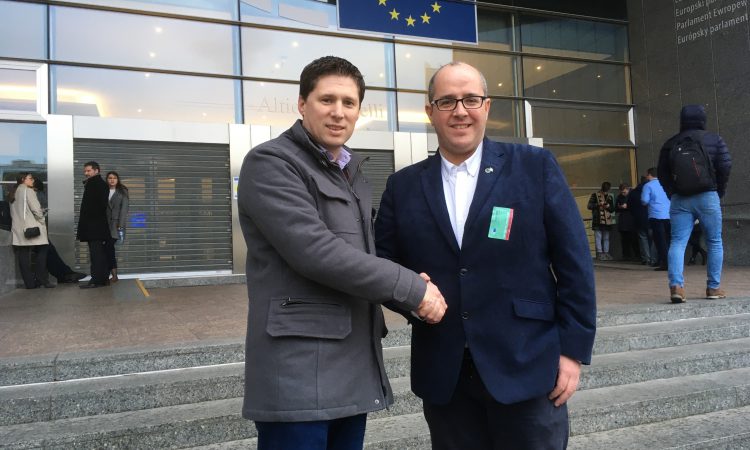 The replacement for the newly-elected TD Matt Carthy in his role as an MEP has been announced.

MacManus has been a councillor for over 20 years, and steps into the new role following Carthy’s election to the Dáil in General Election 2020.

MacManus was first elected as a councillor in 1999, and also ran for the General Election in 2016.

He has also been involved in a number of local and national organisations and campaigns.

“I am thrilled that Chris is taking over from me as the MEP for this constituency…he brings a wealth of experience and knowledge, as well as a new perspective, to the role,” Carthy remarked.

He continued: “I know he will be an excellent representative for all the people of the Midlands-North West area, and will continue to battle in Europe for workers, farmers and families in this constituency.”

MacManus, for his part, said he was “honoured and delighted” to take over from Carthy in the MEP role.

“The focus continues to be, rightly, on Brexit, and the potential fall-out for Ireland. I will, like Matt, continue to ensure there is no hardening of the border and ensure that Irish interests are strongly and robustly defended in the trade talks,” MacManus said.

MacManus also pledged to “stand up for Irish farmers”.

“In addition, I am fully aware of the issues faced by farming families and rural communities who have been impacted by the decisions of successive Fine Gael and Fianna Fáil governments, and who face an uncertain future in the current European budget talk,” he said.

Concluding, he remarked: “I will stand up for Irish farmers, stand up for their families and communities and stand against any cuts to farm payments that may be proposed in the new EU budget, or any threat to rural livelihoods from trade deals.”