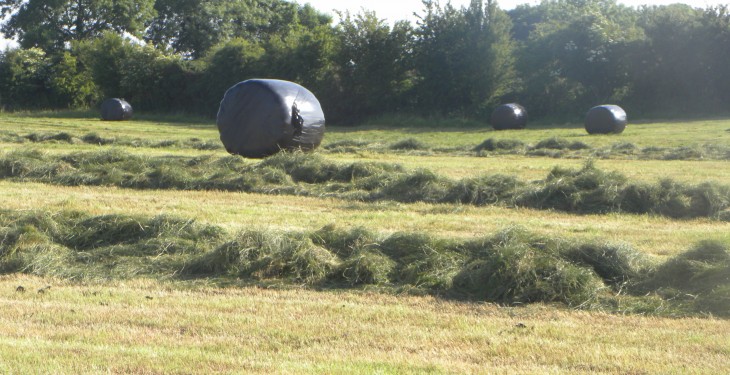 Kildare farmers and agri-businesses met with Minister for Transport Leo Varadkar yesterday evening to discuss the new load height restrictions, which they say, will cause huge financial damage and massive disruption to their operations.

As of 1 November, new transport restrictions have been introduced, which lowers the maximum height of vehicles permitted to use our roads to 4.65 metres.

Many farm organisations have come out to say these conditions are unworkable.

Athy’s Liam Dunne, chairman of the IFA grain committee in the region, said the new height restrictions will add enormous additional and unnecessary costs for transporting fodder and other agri-related produce.

Speaking to AgriLand this morning, he said: “We did get a sympathetic ear from the minister. He did acknowledge we were a unique sector that will be affected by these changes and the unfortunate side-effects. Farmers in the West of Ireland who are very dependent on hay and straw from tillage farmers in the east of the country,  will be hit particularly badly by this new regulation.

“It was positive enough, although nothing has been decided, but he did take our comments on board. It is always difficult to make changes after legislation has been brought in.”

Also in attendance was haulage businessman John Dallon. Speaking to AgriLand, he said the changes in the load restrictions will hamper his business considerably, in particular with farmers who sell hay and straw to feed livestock during the winter months.  He called for immediate action to be taken.

AgriLand understands a number of marts from the West of Ireland were also present and raised their concerns.

The meeting was organised by Kildare South Deputy Martin Heydon. “It is very unfortunate that the farming organisations did not raise this matter with Minister Varadkar over the past number of years when it was known that the 1 November deadline was approaching. While I accept that it is difficult to bring in an exemption to an existing law, I believe that there is a compelling case for exemption when it comes to fodder.”

He concluded: “I have been made aware of a mushroom producer who uses 2,000 bales of straw a week. The changes in height limits could see that producer needing 90 artic loads of straw a week, as opposed to the present 60 loads to carry the same number of bales.”