New CVO in Northern Ireland outlines his priorities for the future 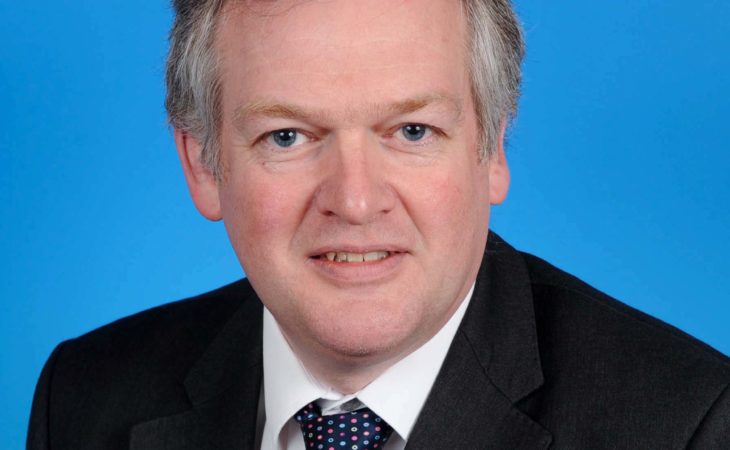 “It is our job to ensure that the animal health and welfare standards demanded by our trading partners are being met and that our assurances are both credible and transparent.

“And fundamentally, this is about building up strong working relationships with our veterinary colleagues in countries around the world. Take China as a case in point. An overarching trading agreement now exists between the UK and Chinese governments and we are now starting the process of agreeing the required veterinary standards and criteria that will be put in place on a commodity by commodity basis. Negotiations with third countries are slow and protracted but the potential rewards are great.

“The potential to export food products from Northern Ireland to China is immense. We already know that the Chinese view certain unusual parts of the pig, for example, trotters and the uterus as delicacies. In contrast, here in the UK these very same parts of the pig are not included in the food chain, requiring a costly disposal cost on the part of the processer.  So, on the back of a requisite trade deal with China local food companies can gain significantly by, essentially, transforming what was a costly waste product into one that has a premium food value. However, this cannot happen until all of the veterinary agreements are in place.

“The potential to sell high value milk powders into China is also immense. But, again, this cannot happen until the required veterinary criteria have been put in place.”

Robert Huey went on to confirm that the process of creating a strong working relationship between DARD veterinary service and Chinese colleagues is already underway.

“A representative from Veterinary Service went to China last autumn and a follow up visit will take place over the coming weeks.  I am fully aware of the value that the Chinese place in the forging of personal relationships and trust when it comes to doing business. But the fundamental bottom line is the fact that Northern Ireland has a good story to tell from an animal health and welfare perspective.”

Commenting on the future on APHIS On Line, Robert Huey, confirmed that the technology had played a key role in allowing Northern Ireland take an international lead in the context of delivering full traceability from farm to plate.

“But the computer and associated software systems are now fifteen years old and must be replaced,” he stressed.

“We are committed to putting a new system which will meet the IT requirements of livestock farmers in the twenty first century. We plan to put out the tender for the specification of the APHIS replacement technology later this year and are working on the premise that the new system will be fully operational within five years. However, I can also confirm that Veterinary Service will be doing everything possible to ensure that the transition to the new systems will be as entirely seamless as possible for users.

Turning to the issue of BVD the CVO confirmed that Farm Minster Michelle O’Neill remains committed to the introduction of a compulsory eradication campaign in Northern Ireland.

“I cannot, as yet, give a specific date as to when these arrangements will kick in,” he added.

“In part, this is due to the fact that there is a requirement for an EU legislative step in the process to be entered into on this matter.

“The production benefits to be accrued by farmers in eradicating BVD are immense. Pushing for eradication is an absolute no brainer.”

On the issue of TB, Robert Huey stressed that DARD remained committed to achieving the total eradication of the disease.

“But this will be a difficult and complicated process, requiring a full and sustained co-operation between farmers and vets,” he commented

“For example, herdowners must do everything to keep their farms biosecure. The link between badgers and bovine TB is well established but there is a lot farmers can do to protect their herd.  In addition to the more standard cattle herd biosecurity measures, farmers should fence off badger sets to prevent cattle accessing them and every measure should be taken to prevent badgers from entering farm buildings.

“I am aware that many farmers are very unsatisfied with the current TB test. However, it’s the best that we have available to us and the test we have to use under EU law at the present time. And, again, I would call on herd owners to  co-operate with my veterinary staff in order to make the current TB testing procedures as comprehensive and as stress-free as possible.”

“Significantly, Robert Huey totally ruled out the option of vaccinating cattle against TB.

“Taking such a step would immediately rule us out of most EU and international markets,” he concluded.

“Although we are closely following developments on this matter and on other scientific fronts.”