From settle beds to súgán chairs and clothes chests to cranes, the Irish country furniture of the past and its associated way of life, has largely disappeared.

However, a comprehensive new book ‘Irish Country Furniture and Furnishings, 1700-2000’ by Claudia Kinmonth showcases farmhouse and cabin furniture from throughout the island.

The major illustrated study discusses the origins and evolution of useful objects; the materials used and why and how furniture made for small spaces, often with renewable elements, was innate and expected.

Encompassing three centuries, this painstakingly researched and beautifully presented tome, published by Cork University Press, will spark many a memory. It explores influences such as traditional architecture; the country’s timber shortage; why and how furniture was painted; and the characteristics of designs made by a range of furniture makers.

The incorporation of natural materials such as bog oak; turf; driftwood; straw; recycled tyres; or packing cases is viewed in terms of use and durability. Chapters individually examine stools, chairs and settles in all their ingenious multipurpose forms.

How dressers were authentically arranged, with displays varying minutely according to time and place, reveal how some had indoor coops to encourage hens to lay throughout the winter.

The reader is told that idiosyncrasies in furniture, like variations in patterns of speech, differed greatly and distinctively from one region, or maker, and the next. There were also variations in furniture design between different classes of householders as well as between areas and the trades of makers, we find.

Some of the more unusual pieces of furniture featured in the book include a coiled straw chair that was once a common sight in small farmhouses, displayed in County Carlow Museum in 1990. Also said to be rare is a form or long bench, with chamfered legs.

There’s lots of information on settle beds, with the author recalling how travellers who roamed the country were often accommodated in the kitchen settle bed. Settle tables, we learn, were most commonly used in the south-east.

With the hearth always considered the focal point of the home, tables are considered by many Irish historians to be of relatively recent origin, the book outlines. 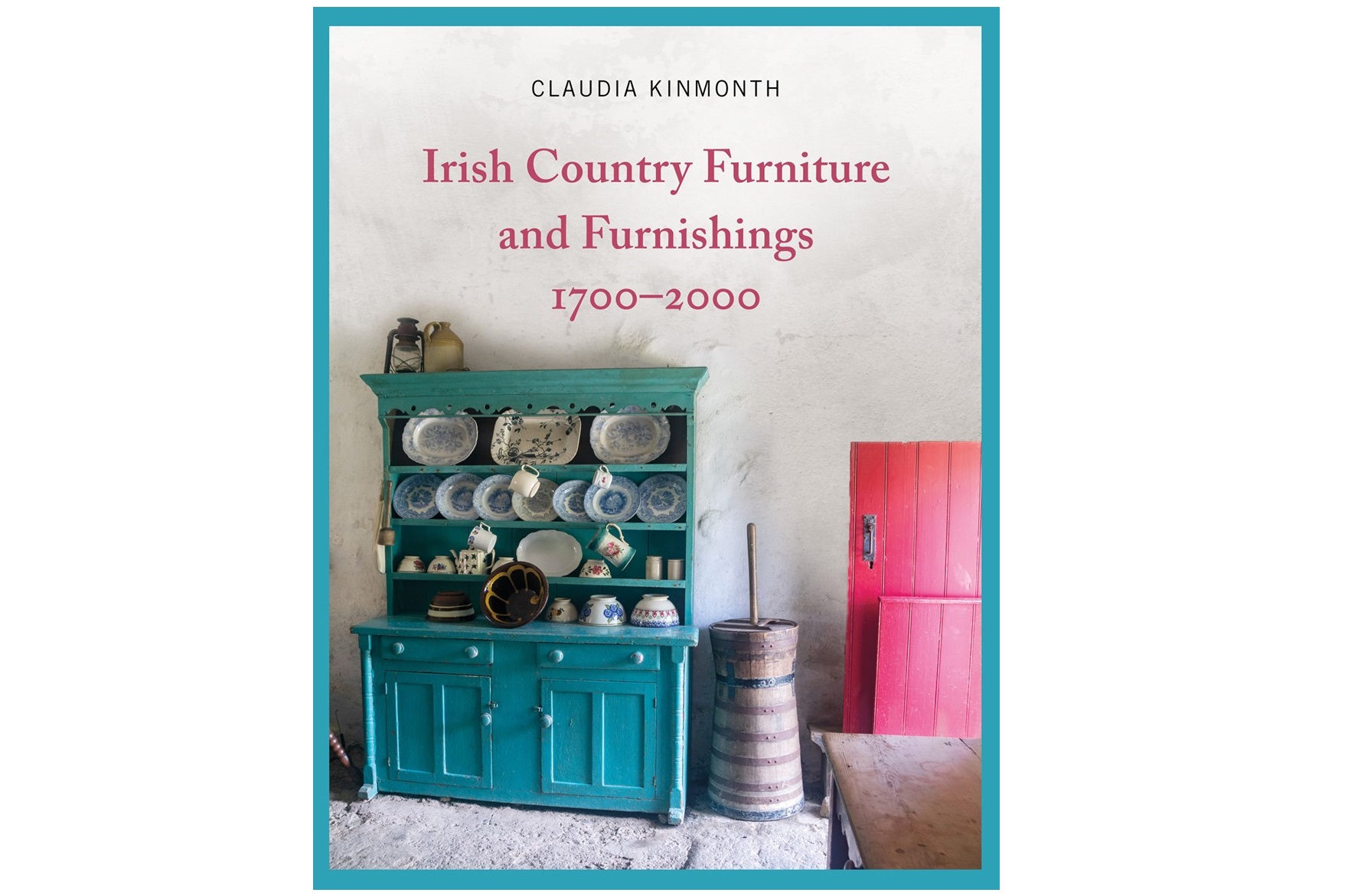 The Irish dresser is the best known piece of Irish furniture and was traditionally made in on piece, the book outlines. Meal and clothes chests also feature. Dowry chests, we discover, were most commonly found in the southerly parts of the country and were within the reach of only the most prosperous of farmers.

Covering everything from communal sleeping to canopy beds, the bed section also deals with bed folklore. Press beds, it’s outlined, were economical with space, while cradles included a basketwork version in the early 20th century in Donegal.

The author also harks back to wash stands, parlour tables, holy shelves, noggins and dash churns. She provides a fascinating insight into life from 1700 to 2000 and how, for some, the rejection of their old furniture was a necessary part of the banishment of hard times.

‘Irish Country Furniture and Furnishings 1700-2000’ contributes as much to our knowledge of the country’s cultural and social history as to its furniture heritage. The hardback, which is brimful of fascinating facts and is a wonderful resource, is priced at €39.

Rural homeless can experience sense of shame and isolation

Opinion: Fertiliser in 2022 – the debate has moved on