Netherlands dairy herd up 6% in 2 years 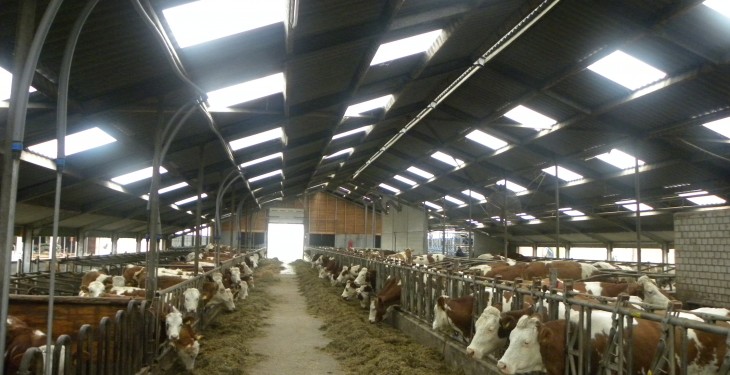 The May 2014 census results for the Netherlands indicate that total cattle numbers were up 2%, compared with a year earlier according to EBLEX.

It says the Dutch cattle industry focuses primarily on the production of milk. As a result, although some of the beef produced in the Netherlands comes from specialist cattle farms, most of it comes from dairy cows.

EBLEX says given the better milk market and some subsequent expansion by producers, dairy cow numbers increased by 1% to 1.57 million head. The dairy cow herd has now increased by 6% over the past two years.

Further demonstrating some optimism in the sector, it also outlines there was an increase in the number of heifers for breeding, suggesting some expansion in replacement policy. The number of heifers over two-years-of-age for breeding was recorded to be up 14% on May 2013, those between one and two-years-of-age up 3% and those below one year up 5%.

Looking ahead, EBLEX says this has the potential to have a positive impact on beef and veal production in the Netherlands. The small beef herd fell for the third consecutive year. It has fallen over 20% since 2011 to just over 80,000 head.

There veal industry in the Netherlands is very efficient and an important part of the Dutch livestock industry. Calves are fattened in two distinctly different production systems, resulting in white veal and rose veal.

EBLEX says the high level of efficiency in veal production has led to a system that requires more young calves than can be produced in the Netherlands and, as a result, the Netherlands is consistently a significant importer of young calves. The number of cattle less than a year old and those between one and two-years-of-age were both up 2% on the year.