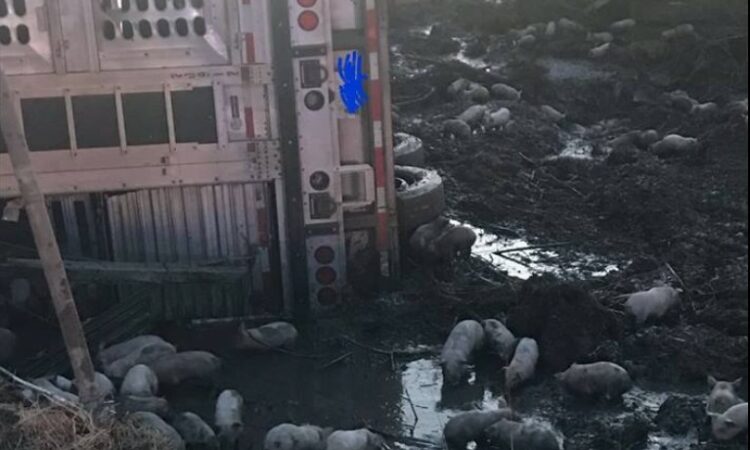 Nearly 3,000 piglets are believed to have been loose on a road in the US following a traffic accident, according to local police.

Taking to social media, the police force posted a picture of an overturned lorry trailer, with piglets scattered around in the surrounding mud.

The force accompanied the photograph with a brief statement: “I-70 travellers between Casey and Greenup use caution.

“Troopers are on scene assisting with corralling the livestock,” the statement added.

It is unknown how many – if any – injuries or deaths may have occurred in the incident.

A similar incident occurred last month, when more than 200 sheep were killed when the lorry they were travelling in overturned in a crash on a road in Scotland.

The incident happened on the A76 route near the Scottish village of Enterkinfoot, located to the south of Mennock, according to local police.

The driver of the vehicle received minor injuries in the accident, which occurred shortly before 11:00pm on Monday night, February 25.

It is believed that around 440 sheep were on board in total, with half of these – up to 220 according to police estimates – killed in the impact. 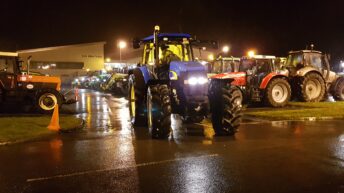