The weekly sheep kill is 1,159 head ahead of the corresponding week last year with 57, 542 head being slaughtered last week.

Cumulatively, the lambs/hoggets throughput last week stood 38,617 head behind the 677,569 head that were slaughtered at the corresponding period in 2014.

The spring lamb kill last week stood at 49,883 head, this is up 3,312 head on the corresponding period last year, the figures show.

Cumulatively the spring lamb kill is 73,961 head ahead of last year. 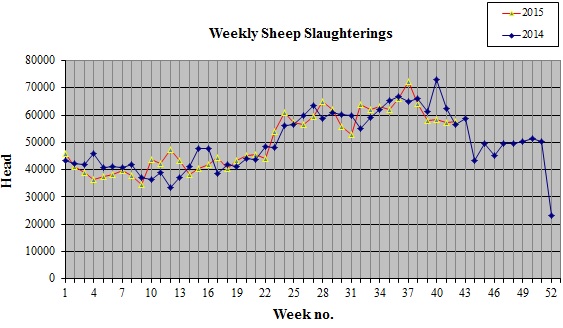