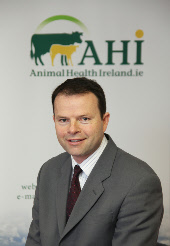 Headline figures for 2013 include:

Commenting on the results achieved in 2013, Joe O’Flaherty, CEO of AHI, said that “the Implementation Group is very satisfied with the outcomes of the programme this year. Irish farmers have more than played their part in making this programme a success by investing financially and otherwise in BVD eradication and by complying with the programme requirements”. In relation to the question of the retention by some farmers of PI animals, Mr. O’Flaherty said that, “while the 3% of herds nationally that have a PI on their farm are naturally a cause for concern, and while we will be making efforts on a number of fronts to encourage these farmers to cull these animals, it is important not to lose sight of the fact that over 9,000 calves born in 2013 have now been removed and that the movement of those that remain alive is restricted to the farm on which they were identified.”

In relation to the herds that have retained PI animals, Mr. O’Flaherty said that “Farmers should be aware of the possible consequence of keeping a PI on the farm. These would include increased infertility and general animal health problems, a greater risk of PIs being born in 2014, prolonged tissue testing, and the risk of introducing infection into neighbouring herds. By removing PIs promptly, these problems can be avoided.”

Key messages for farmers for the 2014 calving season