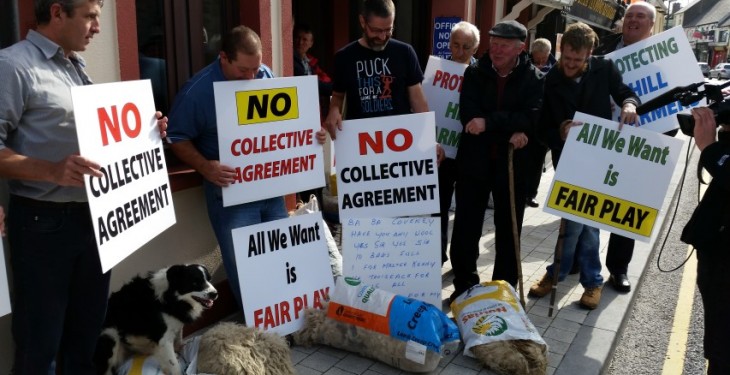 A new national farming organisation, which was set up in recent weeks, and aims to represent marginalised and low income farmers has announced its official name.

The new national farming organisation is set to be called the Irish Natura and Hill Farmers Association (INHFA).

It hopes to attract some 20,000 farmer members.

Since the draft Rural Development Program (RDP) was announced by the Department of Agriculture last summer, a passionate group of hill farmers and those farming designated lands including farmers with Hen Harrier sites have sustained a campaign to make changes to the RDP.

According to INHFA spokesman, Colm O’Donnell, the reasons for this was that commonage farmers could access the GLAS scheme as individuals and where Natura lands have been devalued by designation, that measures would be added to help keep those farms viable.

Massive rallies were held by the organisation during the summer and autumn months of 2014 in Westport (1,700 farmers), Letterkenny (900 farmers), Maam Cross (1,000 farmers) to highlight what it saw as the ‘unfairness’ of the proposals in the draft and culminating in a march for fairness by 2,500 farmers in Castlebar.

The group plan to hold public meetings where the grass roots of the new organisation will be encouraged to shape the policies and direction of its future.

“We have put together a project team comprising of farmers from many areas around the country with the goal of having the mechanics of the new organisation in place over the coming number of weeks,” O’Donnell said.

O’Donnell says the new association intend to become the voice for farmers living in the most rural areas of the country.

“Our motto ‘every farmer counts’ has driven the group over the last seven months to the decision they have now taken to give themselves a strong platform to shape policy going forward,” he said.