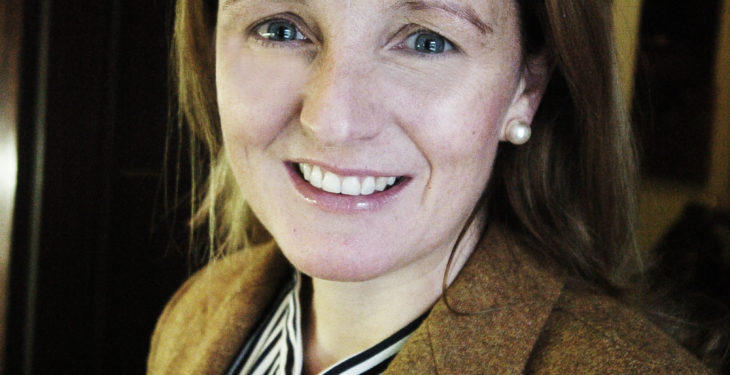 From rearing geese and turkeys to running her family’s hotel and promoting regional food – as well as bringing up three children – Olivia Duff of Maperath Farm, Kells, Co. Meath, multitasks her way through the day.

Along with her husband Eoin Sharkey, who she met while out hunting, the pair bought Maperath Farm 10 years ago.

“We bought the 15ac site on an old demesne with a vision of building our dream Georgian house, and then the downturn hit,” said the award-winning farmer.

Sharkey, who had been in carpentry and construction, then lost his job in the property crash. But, after doing a farm qualification course in Ballyhaise, he saw premium-end turkey production for direct sale as a way forward.

“It’s people’s most important meal of the year,” said Duff, whose emphasis is on sustainable farming.

The couple started out with 100 turkeys – a little more than envisaged – and sold out in their first year. “This year we will have 1,000 turkeys and 300 geese,” said Duff, who keeps a Dexter heifer on the holding.

We are almost at self-sustainability levels on the farm, with all our own pork, beef, chicken and lamb.

Sharkey now brings his own mobile educational farm to schools to increase awareness of farming life and food production, and the couple have featured on RTE’s ‘Big Week on the Farm’.

Duff is adept at switching from wellies and wet gear to smart suits for her management role in the family business; the Headfort Arms Hotel and Vanilla Pod restaurant is listed among Ireland’s top 100 places to stay in 2017 in John and Sally McKenna’s guide.

Inspired by a trip to Canada as a Failte Ireland Food Champion in 2012, Duff established a food tourism initiative. In 2013, the Meath Food Series was created and became the Boyne Valley Food Series in 2014. It features a packed calendar of summer and autumn food events in Meath and Louth, and won the RAI Foodie Destination Award 2016.

Duff said: “I worked with the late Junior Minister Shane McEntee, who saw the potential of creating a food destination in our area, and we worked together on the first Meath showcase.

We were expecting 500 people to attend and 3,500 turned up to the showcase of local produce.

Her experience as a Failte Ireland Ambassador to an area of Toronto that had been known for its canning industry but went on to become a hub for food tourism, saw her return home brimming with ideas.

Duff said: “I thought we could do better here and, with the help of a number of people, we put together the experience-led Meath Food Series which expanded into the Boyne Valley Food Series.

“Instead of creating another network, we created a very simple model that went on to roll out around the country, including Donegal, Limerick and Mayo.

“A lot of visitors want under-the-skin experiences from food producers – they want to meet the farmer and stand in the goat shed.

“Instead of asking the farmer to open up their farm from Monday to Friday, we do one event and ask the farmer to buy into our campaign. We help with marketing and branding.

Now we hold 50 events over eight months and turn down as many as we accept. The initiative is going all year round.

‘Place on the Plate’ is a programme where every restaurant in the series is asked to include at least one dish that is fully sourced from a Boyne Valley artisan producer, clearly identified with a logo.

The Boyne Valley Food Strategy 2016-2021 was launched with the support of Meath County Council in partnership with Louth County Council and their local enterprise offices. The five-year road map aims to cement the recent development and success of the food industry in the Boyne Valley, and to maximise the economic gains.

It was compiled by James Burke & Associates, who established SuperValu’s Food Academy programme.

Duff said: “We pushed for a food development officer to be recruited, and over 50 people work together as part of the food brand.

“One of the main challenges we have come up against is that the Boyne Valley is a cross-county destination.

Our approach is that you have to put yourself in the shoes of the visitor and you have to lose the county jersey.

“What was decided was that the food brand would be fully inclusive of Meath and Louth.”

Duff’s latest idea is to promote ‘Ireland’s Ancient Eats’ on the farm, in conjunction with the family hotel, by showcasing rare breeds and traditional farming methods through storytelling.

“There’s a food revolution happening in Ireland at the moment, with the focus on new Irish cuisine comprising amazing ingredients.

“When we have groups of visitors at the hotel, their eyes light up when they are told the story behind Irish food, so we are developing that partnership with our farm.”

When she’s not marketing the hotel or the food brand, Duff rolls up her sleeves on the farm, revealing that Christmas starts in April with an emphasis on premium-end products.

She said: “The geese are out on grass from dawn until dusk and 1,000 turkey chicks arrive the first week of July. It’s slow production.

“Our heart is in organics but for us to embrace organics we would have had to look at forfeiting sourcing the existing food, and bringing in feed from the UK.

“We opted to remain loyal to our supplier Paul Moorehead, who rolls all his own oats and barley.”

The couple has just planted thousands of Christmas trees which will be ready to supply to customers in seven to eight years’ time.

“Long-term, our vision is that people will be able to pick their Christmas tree and order their turkey at the same time,” Duff said.

Meanwhile, she is gearing up for an appearance at the Food Theatre at the sell-out Electric Picnic in Stradbally, Co. Laois, in September.

On the cards is Ireland’s longest picnic, ‘The People’s Picnic’, where Duff will team up with three other food champions. It will be a fundraiser for the Jigsaw Ireland youth mental health services.

This woman doesn’t do anything by halves. 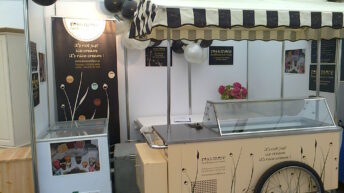