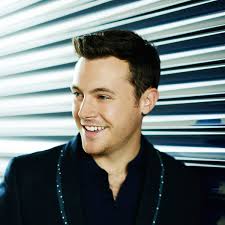 ‘Rock me momma like the wind and rain’ – we’re not sure if country superstar Nathan Carter was crooning those lines as he was rescued by tractors in Ballyroan, Co. Laois, last Sunday night, June 4.

Whatever his choice of song, the country star was glad to escape a quandary after headlining the Ballyroan 2017 Festival. The fundraiser for the Ballyroan-Abbey GAA Club was held in a marquee on the club grounds over the bank holiday weekend.

Several hours of heavy rain before the concert on Sunday evening left Carter and his production team stuck in the mud just as they were ready to hit the road. Their articulated lorry, carrying the band’s equipment, wouldn’t budge – that was, until two local farmers rocked up to the star’s rescue on tractors.

“I had been at the concert and was at home, in bed, when I got the call at 3:30am to go down and pull Nathan Carter out,” said local man Ger Delaney, who keeps livestock on his 25ac holding, as well as operating a plant hire business.

Thanks to his trusty John Deere, and the help of a fellow tractor driver, he got Carter on the move once again.

I wasn’t going to see him stuck. I knew I’d get him out – no bother.

“Nathan was under pressure – he couldn’t wait until the morning so he was delighted to see us, and he looked after me.

“It only took 10 minutes and he was very appreciative,” Delaney said.

Carter posted on his Facebook page: “When the truck gets bogged down – fair play to the tractor boys of Ballyroan.” This accompanying video has been viewed almost 70,000 times.

When the truck gets Bogged lol!! Fair play to the tractor boys of Ballyroan! ?

Meanwhile, the organisers of the highly-successful Ballyroan Festival posted: “Nathan didn’t want to go home – had to be pulled out kicking and screaming,” on their Facebook page. 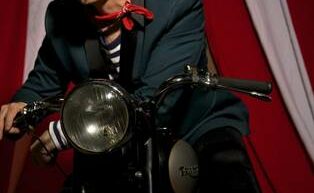