A motorist drawing a horsebox was reined in by members of An Garda Síochána Roads Policing for travelling at excessive speeds recently.

Taking place last Thursday, September 27, the driver was halted in Co. Tipperary for travelling at a speed of 108kph – almost 30kph above the legal permitted limit.

In addition, it was found that there were no working lights on the trailer, which Gardaí deemed as a danger to fellow road-users.

Cahir Roads Policing Unit: Vehicle towing a horse box detected at 108km/h this evening, speed limit for towing a trailer is 80km/h. Also no lights on the trailer which was a danger to other motorists. FCPN’s issued for offences. pic.twitter.com/R0hAcAyw5n 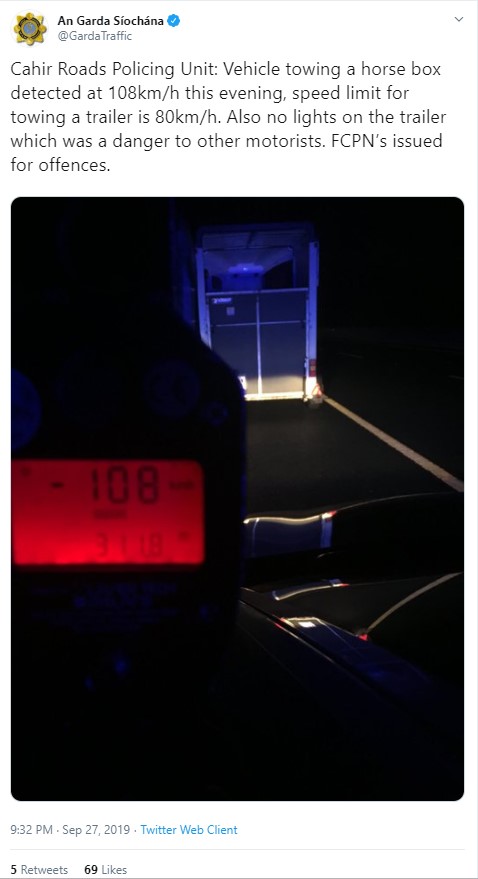 [/yes-app]
“Also no lights on the trailer which was a danger to other motorists. FCPN’s issued for offences,” the Garda tweet concluded.

According to the Road Safety Authority, when towing a trailer, it is the driver’s responsibility to ensure that both the towing vehicle and trailer are safe and mechanically sound, fit for purpose, and legally compliant with all relevant Road Traffic legislation.