Rachel Martin in Kentucky, US
Next Story 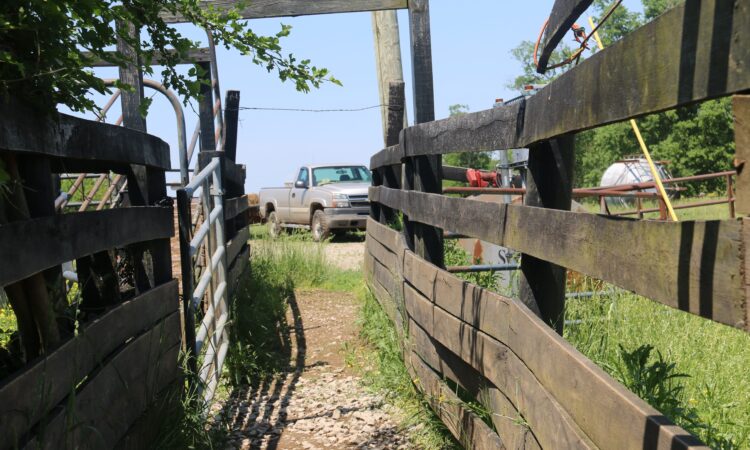 When a beef farmer in Kentucky talks of challenging weather conditions, unfair beef prices and a long, hard winter, it’s hard not to sympathise and think of home – especially when surrounded by Irish-looking rolling green hills.

While visiting the south eastern US state for ONE: The Alltech Ideas Conference for 2018, AgriLand ventured out to some nearby farms – including Tim White’s beef ranch, located south-west of Lexington.

White holds a long list of awards as one of the top beef producers in the so-called ‘Bluegrass State’ and is also an active member of the American Angus Association. 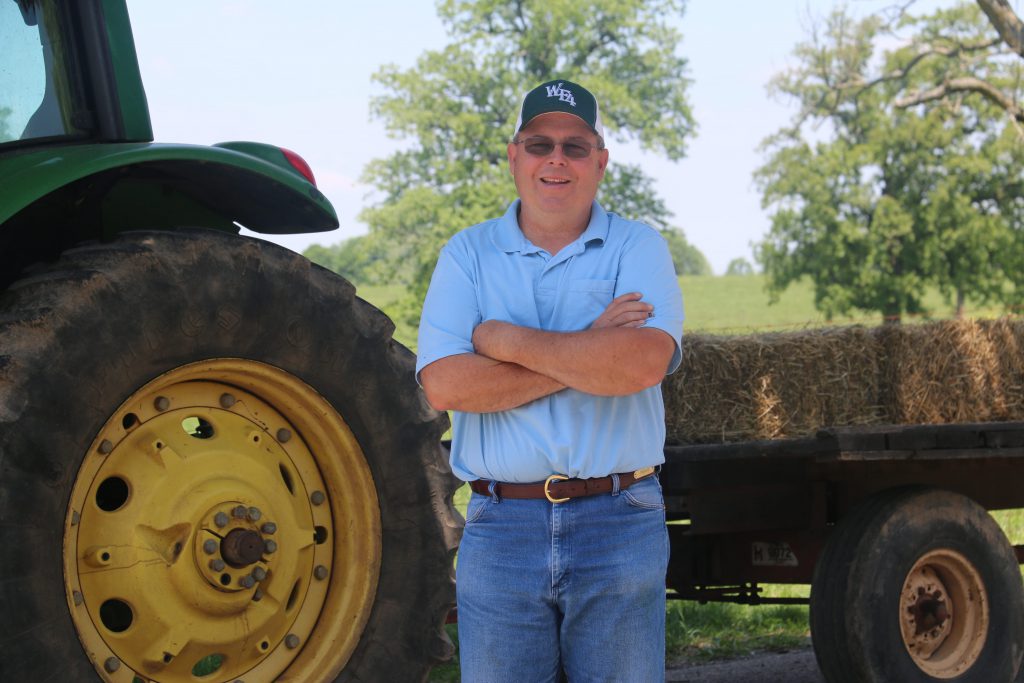 White and his family – who are based in Nicholasville – manage over 2,500ac across nine farms, with up to  1,000 stockers annually.

His wife, Amy, manages the family’s elite breeding operation; she also oversees their commercial cow-calf purebred Angus herd of 125 head and 400 cows and heifers. They helped by their children – Rod and Addie.

White has also recently been elected president of the Kentucky Cattlemen’s Association.

The Kentucky Cattlemen’s Association works to protect, and be the voice of, the state’s 38,000 cattle producers.

Kentucky is home to over 1.1 million beef cattle and ranks fifth nationally in terms of the total number of farms.

Typical a beef farm in the state has 50-60 cows on average. However, bigger, commercial producers would average at around 300 cows.

Producers have experienced a boost recent weeks due to Memorial Day celebrations (a federal holiday in the US) kicking off the state’s barbecue season.

The beef-buying year will also be further bolstered by July 4 (Independence Day) celebrations; however, overall, it’s been a challenging year for many with 2018 already shaping up to be one of the wettest in living memory.

Typically the area sees around 45-48in of rain annually. So far this year, around 30in of rain has already fallen. As a result, the region has seen its wettest February on record. 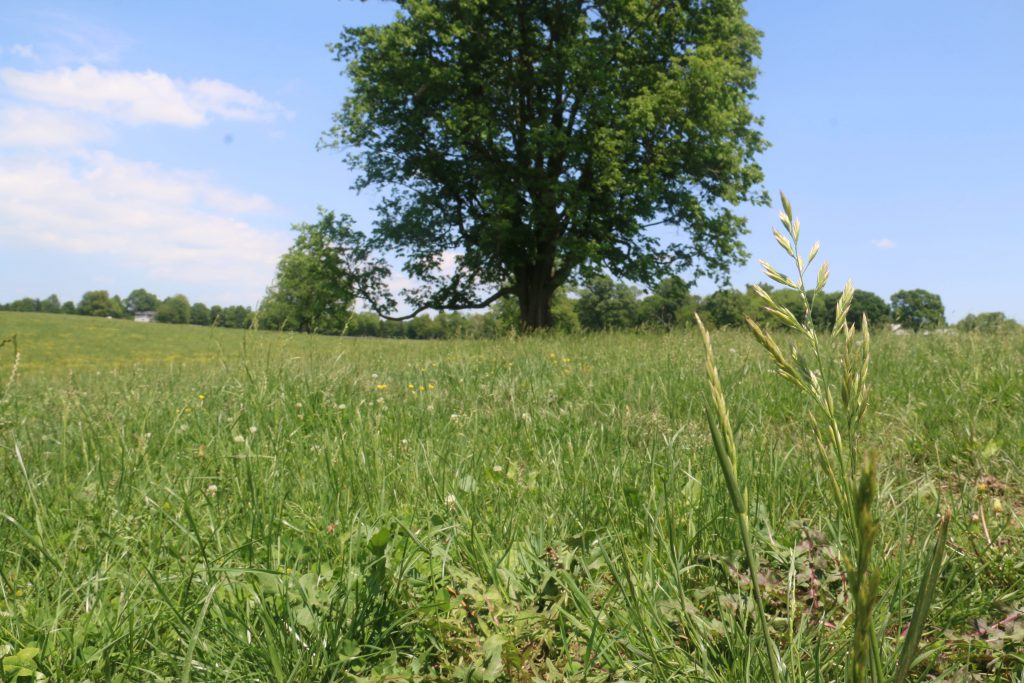 “It just keeps raining,” White said. “We went out to Kansas a few weeks ago to see some cattle we had sent out there. They are just devastatingly dry there; 400 miles west of us they are hurting.”

White explained that, over the winter months, some pastures were destroyed because the ground was too wet for stock.

As temperatures didn’t drop enough for the ground to freeze, some fields have been left with large ruts, he added.

Even in recent weeks, a tractor got stuck in the fields because the land is “still so wet”, White noted.

One of the worst winters saw 27in of snowfall on the farm; but, Amy said, she would rather have “excessive cold” than rain because, as farmers, they are more equipped to deal with its challenges.

But there have also been positives. The Governor of Kentucky recently declared May as “Beef Month” and the Kentucky Cattlemen’s Association also launched a promotional campaign – called Beef, Bourbon and Bluegrass.

“They’re trying to embrace the fact that the ‘Bluegrass’ is known for bourbon. But, it’s also known for beef and they want to capitalise on that too – it’s not just about bringing people in for horse races a few times a year,” she said.

Aside from its grass, Kentucky also used to be known for tobacco – once one of the state’s most successful cash crops. It is labour-intensive to harvest; but, it was once highly financially rewarding. 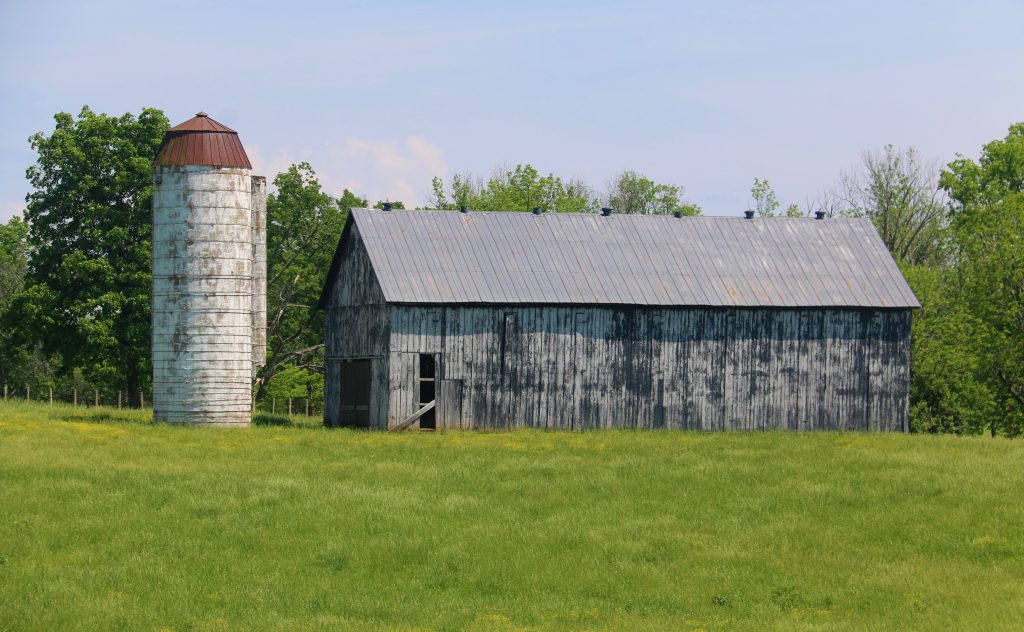 The White family stopped growing tobacco around 20 years ago. But, as a result, many barns on the farms still have the racks used to hang and dry the crop.

The disappearance of the crop has also made a dent in farm profitability in Kentucky.

Tim White said: “It used to be that every farm would have sheep, cattle and tobacco. The average farm size in Kentucky is about 150ac; we don’t have big farms typically, so we had to diversify for income.

“Years ago you could live on 150ac and raise a family on that – but nowadays that’s not the case.” 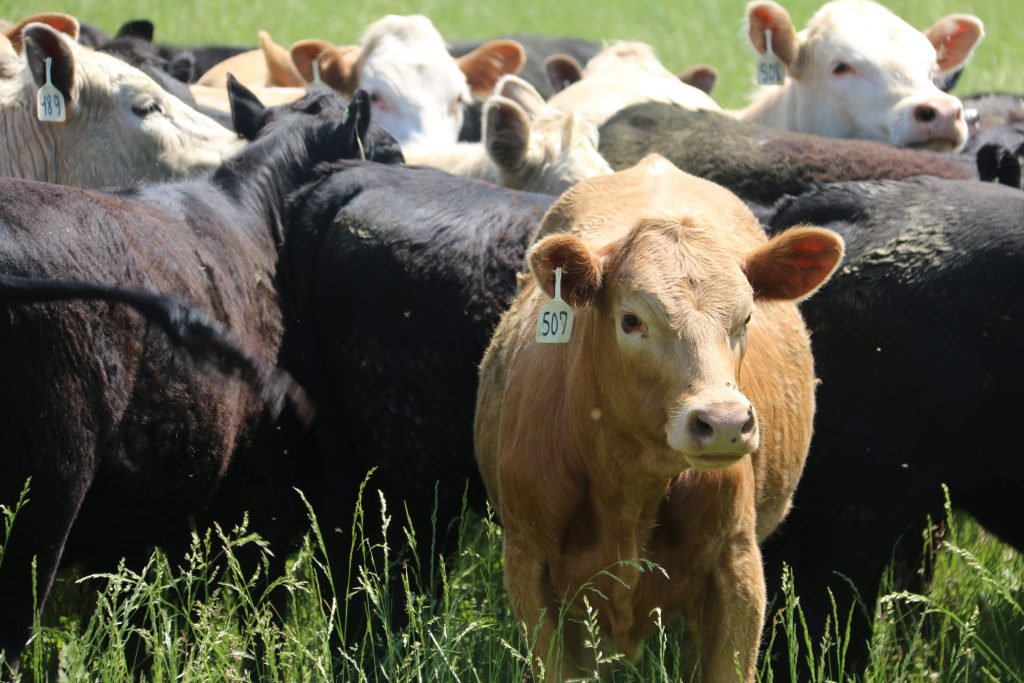 Most of the feeder cattle are transported west for finishing; this means prices in the east for cattle sit slightly lower compared to the western states.

To boost profitability, the White family hold their own on-farm cattle sales. They hold an annual bull sale and are looking to hold their first heifer sale this year.

The family also raises embryos for pedigree breeders. Four bulls born on the farm made a combined $1 million; with the National Champion Simmental, Angus and Hereford all reared by White.

A sale without a ring

The sales are also a little different to what Irish readers will be used to, as there is no sale ring. The animals are filmed beforehand, with the footage shown on the day.

Potential buyers can also look into the paddocks to view the stock before the auction begins.

“We started it because we were finding the genetics we wanted for our commercial calves,” White said.

We used to sell them off the farm; but, we found that the competitive market of the bid brings more money out of a man, than him just walking into the yard looking to buy a bull.

“There are a few people who were hesitant about it the first year we did it; but, it’s caught on and we’ve seen others starting to do it now.” 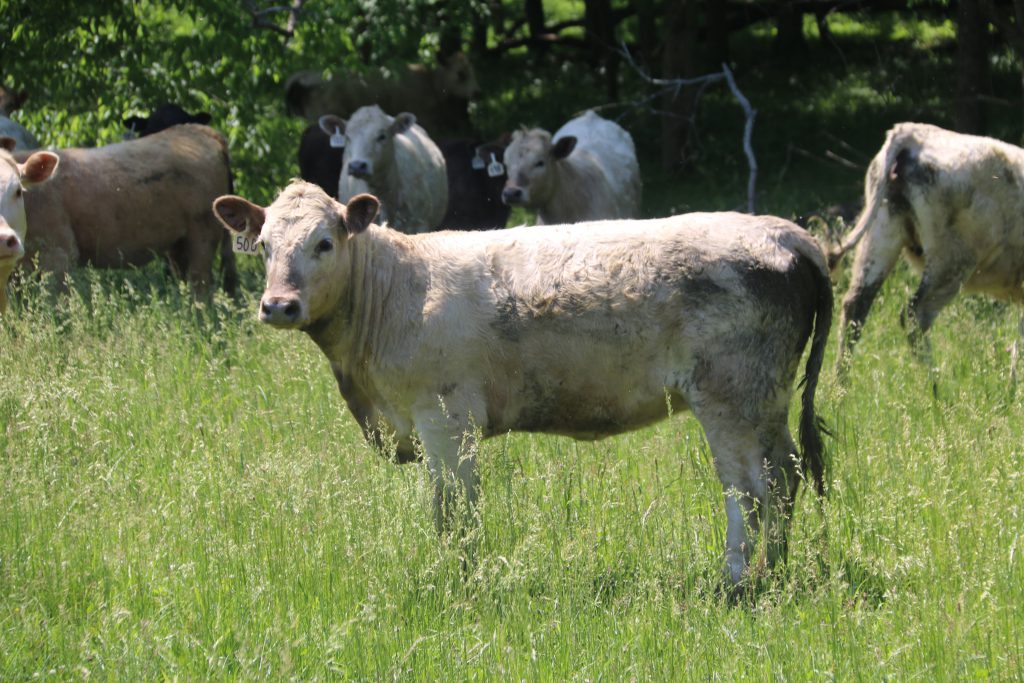 The cattle are mainly sold at two-year-old, with some 18-month olds, and some spring yearlings also included.

After several years of keeping their heifers to expand numbers, the family have also decided to hold a heifer sale this year for the first time.

This year the sale averaged just over $3,600 (€3,095) – around the same as the year before – at a time of challenging market conditions when cattle prices generally were down. 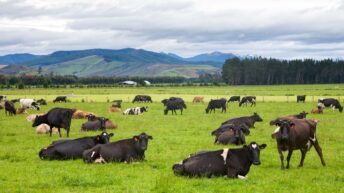 Contagious disease in NZ leads to planned cull of over 125,000 cattle