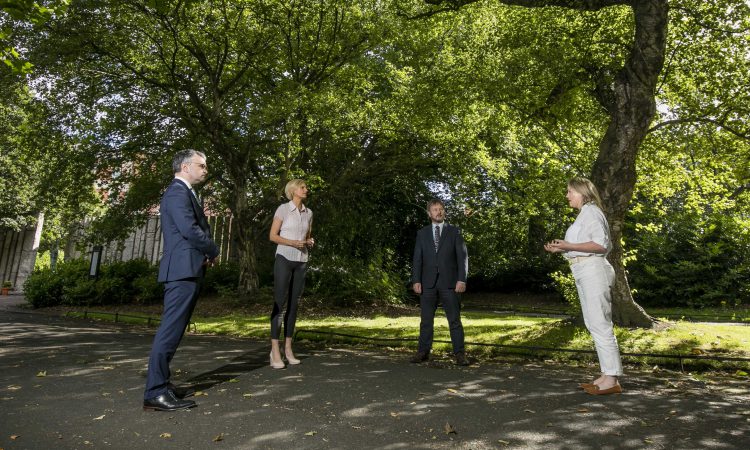 A new scheme for the creation of native woodland on public lands has been launched by Minister for Agriculture, Food and the Marine Dara Calleary and Minister of State with responsibility for forestry Pippa Hackett.

The ministers said that the scheme meets “one of the main biodiversity commitments in the Programme for Government”.

The scheme will be funded by the Department of Agriculture, Food and the Marine, which will cover the cost of establishing such forests on suitable land in public ownership.

The scheme is aimed at all public bodies, including:

“Public bodies that engage in this new initiative will be making a strong statement to their customers, industry partners and to the public in general, that they are contributing in a meaningful way to meeting environmental targets,” Minister Calleary commented.

“My department looks forward to engaging with and supporting them in the design and creation of these woodlands,” he added.

The scheme was approved by the government at the end of last month and will commence with a landbank analysis by all public bodies to assess whether they have land suitable for planting.

Native woodlands are an important part of Ireland’s natural heritage, history and culture, and are unique in terms of their biodiversity and habitat creation.

“This scheme demonstrates this government’s commitment to improving biodiversity while also putting in place permanent woodland that will capture carbon, can protect water, and will add to our landscapes for many years into the future,” Minister Hackett argued.

Iarnród Éireann has already expressed an interest in the scheme.

The company’s CEO, Jim Meade, said: “With the support of the Department of Agriculture, Food and Marine, approval to establish a native woodland is now being sought for a site on our land in Co. Roscommon as a pilot under this scheme.

“We are now actively examining landbanks to assess whether other sites may also be suitable for entry into the scheme,” Meade added.