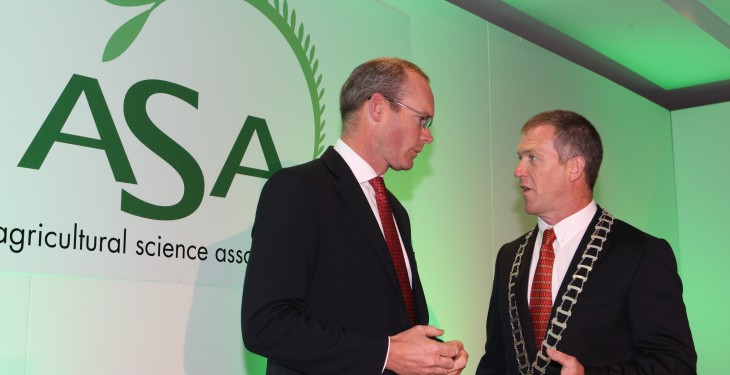 He added: “First of all, there is a greater emphasis on environmental sustainability through the greening of direct payments and the requirement to support agri-environment measures in rural development programmes.

“In tandem with this, concerted efforts are being made to tackle the problem of generation renewal through new and enhanced supports for young farmers.

“And, finally, the phasing out of production quotas for key products such as sugar and milk, backed up by safety-net provisions in cases of severe market disturbance, continues the increased orientation towards the market.”

Coveney went on to point out that overarching these changes is the flexibility that has been allowed to member states to adapt the policy measures under both the first and second pillar to deal with their own specific challenges within the common policy.

“This includes substantial discretion in how to redistribute pillar 1 direct payments between farmers, a subject I will return to in a moment,” he stressed.

The minister also referred to the significance of Milestones for Success 2013, his report – published yesterday –  on the outcomes which have been achieved in the three years since Food Harvest 2020 was published.

“This year, in compiling Milestones 2013, we have decided to recognise achievement and showcase just some of the many successful initiatives already under way. Some of these involve major investments in the agri-food sector and clearly demonstrate the increased sense of dynamism and renewed confidence that now prevails,” he explained.

“Others involve acting green by reducing waste and improving the efficiency of resource use, both on farm and at processing level. Yet others clearly demonstrate the benefits of various forms of collaboration, such as successful examples of partnership formation at farm level and joint ventures and co-operation at industry level.”

The Minister concluded: “We also highlight some really good examples of innovation and new product development that we hope may serve to encourage and inspire others. As usual in Milestones 2013 we evaluate our progress against the ambitious targets set in Food Harvest 2020. I am delighted to report that the sector continues to make excellent progress and already we have achieved growth rates in excess of 25 per cent  in terms of primary production, 20 per cent value-added and 13 per cent, where exports are concerned.”

The annual Agricultural Science Association (ASA) conference  is taking place today, other speakers to follow include ABP Food Group chief executive and Prof Gerry Boyle of Teagasc among others.